The departure of David Humphreys to become director of rugby at Gloucester is “bitterly disappointing” for Ulster, says Rory Best.

Speaking on Ireland’s summer tour to Argentina, Best conceded that Humphreys’ exit was a blow for Ulster, but acknowledged that the Gloucester role was a great opportunity for his former team-mate.

“It’s a great new challenge for him and his family to experience to something different,” Best said. “You wish him all the best.”

Best said that it was a feature of the modern, professional game that players and managers moved on, “and unfortunately directors of rugby move also”, but said that “life goes on”.

He described Humphreys as an “iconic” figure for Ulster, and described the void his departure will leaves as “a massive hole to fill”.

Best backed Humphreys to thrive in his new role in the Premiership, saying: “we know he’ll do a great job at Gloucester because we’ve seen first-hand what he can do”.

Looking ahead to Ireland’s second Test, Best said there was a lot of room of improvement.

“There were a lot of aspects of [the first team] that we weren’t 100% happy with,” he said. “The set-piece was good, and at times we kept the ball very well in attack.

“But I think defensively we were very soft in the tackles. We either missed tackles or soaked tackles.

“We’re a great defensive team when we get off the line and we make big hits and I think we get to get to doing a bit of that.”

Best singled out for praise his Ulster team-mate, Robbie Diack, who made his debut in the first Test.

“It was fantastic for him,” he said. “It was great for me to have him in the line-out, because I throw to him so regularly at Ulster and I know how good he is there.

“But I think some of his play around the pitch as well was outstanding. He carried a lot of ball – I think he was our biggest ball-carrier – he made some good tackles and he smashed some rucks. 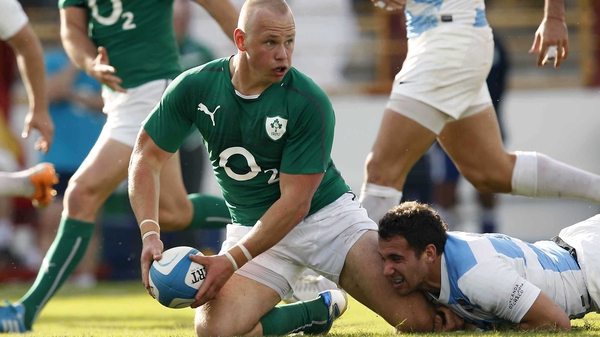