Steve Borthwick has recovered from injury and will captain Saracens in their Heineken Cup final clash with Toulon, but there is no place for Wexford lock Eoin Sheriff.

Borthwick had gone off injured in Saracens’ Premiership semi-final win over Harlequins, and had been a major injury concern. He retires from rugby at the end of the season.

Borthwick’s return effectively put paid to any chance of Sheriff playing in the final. Sheriff was a replacement in Saracen’s quarter-final win over Ulster, but misses out on a place in the decider.

Like Borthwick, England's 2003 World Cup hero Jonny Wilkinson will step down from the game later this month, and he captains Toulon as they bid for a second successive European title.

Toulon parade their galaxy of world-class talent, including Wilkinson, centre Matt Giteau, wing Bryan Habana and prop Carl Hayman, while a successful Heineken Cup defence would see them join Leicester and Leinster as the only teams to achieve that feat. 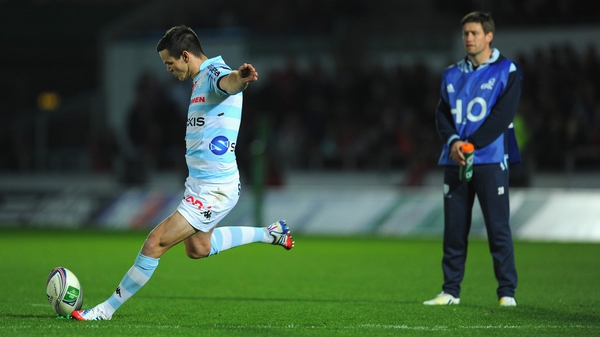