Ronan O’Gara has moved to clarify comments in which he appeared to say the French Top 14 was a bigger competition than the Heineken Cup.

Asked how the two compared by Eurosport’s Rugbyrama, O’Gara said that when he first moved to France to take up a coaching role with Racing Métro, he had thought the Heineken Cup was the flagship event, but that his view had now changed.

"Honestly, since I arrived here, the highest honour for me was the Heineken Cup. I've since realised that the Bouclier de Brennus [the shield given to the winner of the Top 14] was something much bigger than the Heineken Cup," commented O'Gara.

"You need to live here to understand, and live the Top 14 matches each week to appreciate that."

O’Gara, twice a Heineken Cup winner with Munster, later moved to clarify his comments on Twitter, saying that he had tried to explain in French that winning the Top 14 was bigger than winning the Heineken Cup "for a lot of the French players".

O'Gara moved to Racing Metro after a stellar playing career in which he accumulated 128 caps for Ireland and two for the Lions and scored over 1,000 points.

Racing Metro are backed by property magnate Jacky Lorenzetti. With one game remaining in the Top 14’s regular season, they lie fourth in the table.

They play Montpellier on Saturday, with Johnny Sexton named in the Racing Métro squad.

I tried to explain in French that in France winning the Top14 is bigger than winning the H cup for a lot of the French players. 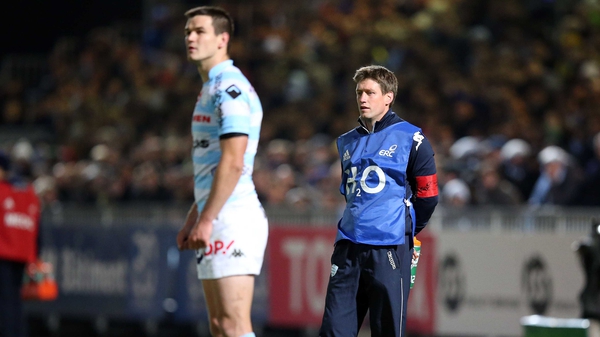 Ronan O'Gara: I had to get out of Ireland to get over retirement Rugby