There have been many positives for Connacht this season in the Pro12.  Six victories from 20 ties has been a decent return, and they will hope the season proves to be one of growth that will develop into more progress in 2014/15.

Briefly they looked as though they might capture sixth spot in the Pro12 table and claim a place in the European Cup next season, however, they came up short in their last three matches with defeats to Munster, Ulster and Scarlets undoing them.

But they host Cardiff knowing that victory will lift them above the Welsh province in the table and potentially also Edinburgh, depending on how the Scottish side fare against Munster.

The Connacht XV is extremely settled at this stage of the season and that stability is reflected by head coach Pat Lam making just one change to his side, bringing in Aly Muldowney for Andrew Browne.

But the challenge is a stern one as Connacht have just one win in eight over Cardiff.

After Scarlets’ victory over Dragons on Friday night, Cardiff’s chances of qualifying for Europe are officially over. However, I wouldn’t expect their performance in Galway to diminish drastically as a result.

They’ll still want victory and to finish the season as well as possible.

In the pack, Gethin Jenkins, Matthew Rees, Filo Paulo and Josh Navidi are Cardiff’s key men. The likes of Connacht’s John Muldoon and Eoin McKeon will need big performances in the back row to negate Paulo and Navidi.

Both packs look evenly matched, but with home advantage, and Robbie Henshaw and Kieran Marmion in fine form in the backline, Connacht could find themselves with another victory to their names come Saturday night.

Verdict: Connacht to win by two. 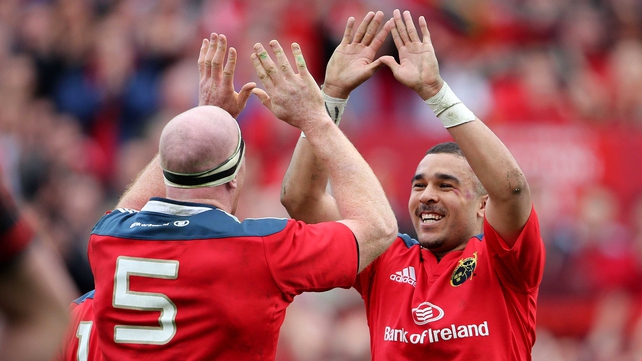 Munster came agonsingly close to recording a massive upset against Toulon in the Heineken Cup, but ultimately they failed.

This week is about righting the ship, and putting a victory under their belts to ensure that the bitter taste of defeat is diminished.

Rob Penney has made 11 changes to his side as he freshens things up for the trip to Edinburgh.

Their place in the play-offs is secure, and the goal now is securing a home semi-final, although Glasgow have the upper hand in that regard at present with a six-point advantage.

The quality of the squad means that despite rotation there is still huge strength in the side.

Edinburgh, out of the running for a European qualification spot, have plenty of talent in their own XV. Alasdair Dickinson, WP Nel, Grant Gilchrist and David Denton form the core of their pack.

Out back, Greig Laidlaw at nine, Tim Visser on the wing and Andries Strauss in the centre are danger men.

The Scottish outfit came up just short against Glasgow last time out, and the confidence derived from that performance will put them in good stead heading into this encounter.

Munster will go into the tie looking to repeat the skill and ferocity they brought to their clash with Toulon. Despite defeat, their breakdown performance and intensity in the tackle was superb. The problem against Toulon was errors, there were far too many of them. They need to cut that error count right down, and get possession to Zebo and Van den Heever to attack out wide.

They came up short in this fixture last season by six points, but with the nugget of a home semi-final in the balance, I fancy Munster to put Edinburgh to the sword.

That said, with Glasgow having Zebre at home in their remaining fixture, and Munster taking on Ulster at Thomond Park, securing second place in the table may yet prove beyond Penney’s side. 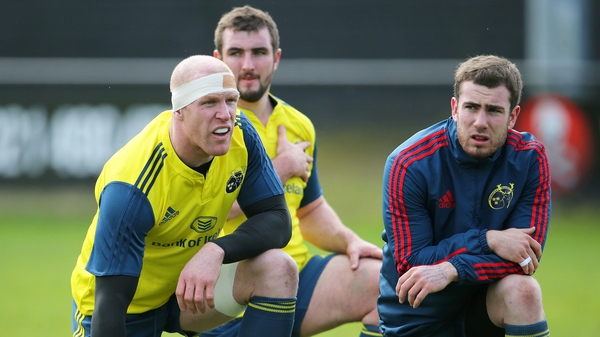