Leinster’s Cian Healy has backed Munster to see off the challenge of Toulon in their Heineken Cup semi-final.

Speaking to RTÉ Sport, Healy said that he believed Munster could dislodge the French powerhouses, who themselves beat Leinster comprehensively in their quarter-final encounter.

“We looked at [Toulon’s] game and looked at what they do, and how they were going to play against us," said Healy.

"And I think it is as simple as that; they did what we looked at them doing, but we just didn’t defend it well enough, and then couldn’t attack, couldn’t put our own strings of attack together.

“Munster’s game is Munster’s game. They’re good at it and they know how to play, and they’ve got strong defenders as well, so I think they’ll be in a good position.”

“That questioning business is into football territory” - Healy

Healy dismissed out of hand any notion that questions should be asked of head coach Matt O’Connor and the Leinster players following the side’s loss in the Heineken Cup and subsequent Pro12 defeat by the Ospreys.

“That questioning business is into football territory,” he said. “It doesn’t happen with us.

“I don’t feel there’s any need to be worrying. It happens everyone; a big game comes around that you can not play as well in.

"In fairness, Toulon weren’t too shabby, either. They played their game well, and put it to us, and then Ospreys played a good tough game there at the weekend. So we didn’t throw all the toys out of the pram.

“They’re two very solid teams to lose against, and we’ll be looking to correct that this weekend.”

Healy has been named in the starting XV for Leinster’s game against Treviso on Friday.

Meanwhile, it was announced on Thursday that Wayne Barne will referee Munster's semi-final. Nigel Owens will be incharge of Saracens v Clermont Auvergne. 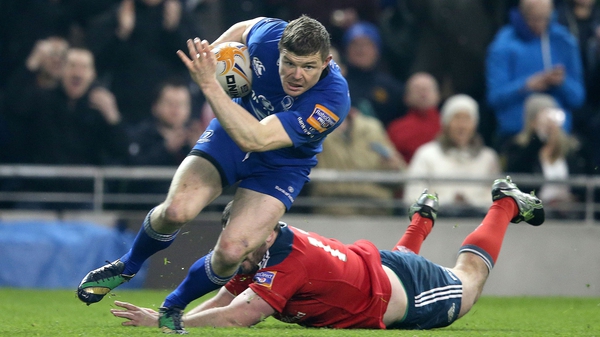