Glasgow Warriors became the first Scottish team to win away at Munster in six years as they took the scalp of the Heineken Cup semi-finalists with a 22-5 victory at Thomond Park.

Gregor Townsend's men made it four RaboDirect PRO12 wins on the trot to give serious momentum to their play-off push - they are now just three points behind third-placed Munster with a game in hand.

It was a deserved reward for the Scots' accuracy and aggression, with CJ Stander - Munster's man-of-the-match against Toulouse - posting the hosts' only response.

It was a first home defeat of the season for Munster - ending a 13-match streak - and Rob Penney's much-changed side produced few moments of inspiration at their Limerick fortress.

Showing seven changes from their Heineken Cup quarter-final-winning line-up, Munster allowed the Warriors a 10-point head-start as the imposing Strauss set the early standard in terms of physicality. 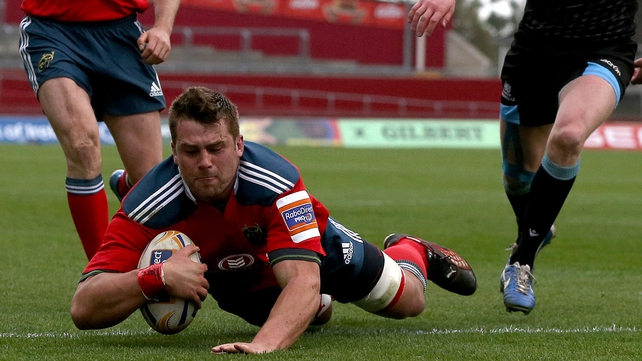 Munster prop Ryan was singled out for a ruck penalty that Weir slotted between the posts in the ninth minute, before the hosts' attacking spark was provided by Simon Zebo and Hanrahan.

Twice the pair combined to unlock the Glasgow defence and on the second occasion only the outstretched boot of Chris Cusiter prevented Stander from touching down.

Just a minute later, Simon Zebo broke through the middle and into the 22, with good hands from centres Keith Earls and James Downey releasing Stander to score to the right of the posts.

Hanrahan miscued his conversion attempt and came off with a knock shortly afterwards, but Glasgow soon restored that 10-point buffer with Maitland getting the better of his Lions colleague Zebo to touch down out wide on the right.

Scotland international Maitland provided the initial incision as he slipped by Downey and into the hosts' 22. Munster held out until the Warriors moved the ball to the right, where Maitland handed off Zebo to make it 15-5.

Weir was unable to convert and Munster missed a gilt-edged chance to reply as Stander, having intercepted a pass, opted to kick ahead instead of offload the ball with speed merchant Gerhard van den Heever on his shoulder.

The Munster defence was out-muscled again approaching half-time as, having been held up close to the posts, the Scots set up man-of-the-match Strauss to reach over past the covering Earls.

Weir's successful conversion widened the gap to 17 points at the break, and Munster almost fell further behind in the 49th minute as Ryan Wilson was inches away from a bonus point score - Zebo and Downey combined to deny him.

Defences were on top in the third quarter with Munster failing to convert scrum pressure into points, and they continued to play below par, emerging scoreless from a succession of visits to the Glasgow 22.

Munster’s execution let them down as they failed to shake off their European hangover, allowing Glasgow to celebrate a fourth victory in their last six trips to Ireland. 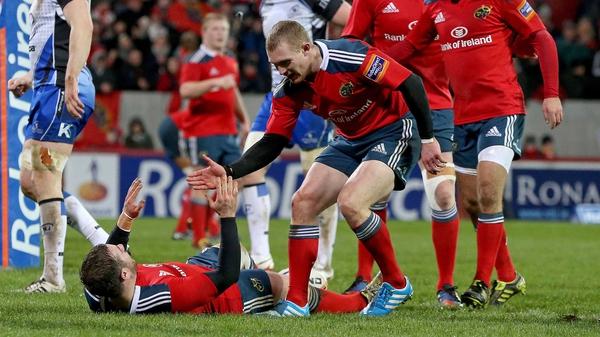