Glasgow arrive in Thomond Park battling for a play-off place in the RaboDirect Pro12 but Munster have targets of their own and home advantage in their favour in this clash.

Rob Penney has been able to select a well-balanced and good quality XV despite the decision to rest Paul O’Connell and the injuries to Casey Laulala and Peter O’Mahony. That is testament to the depth in the squad.

The backline contains serious pace in the shape of Gerhard van den Heever, and Simon Zebo on the wings and Keith Earls at outside centre.

Alongside Earls, James Downey has a direct and confrontational style and should make it that bit more difficult for Glasgow to generate the momentum their attacking gameplan depends on. Wing-forwards CJ Stander and Sean Dougall have equally important responsibilities in that respect.

The selection at half-back is also interesting. JJ Hanrahan has challenged Ian Keatley all season and gets another opportunity to do so in partnership with Munster’s undisputedly best scrum-half Conor Murray.

Penney has rued the lack of a game-breaker at times this season and Hanrahan is one player who could offer something different in the big games that will define his side’s season. Could he decide that Munster need to take a risk with the 21-year-old Hanrahan if they are to have any hope of upsetting Toulon in the Heineken Cup semi-final?

In the pack, BJ Botha is a sound cornerstone for the scrum at tighthead and Stander and James Coughlan can lead the ball-carrying effort and give Munster the edge in the exchanges around the ruck.

The increasingly important Murray will also have a key role in terms of bringing all the parts together.

For Glasgow, Sean Maitland and Alex Dunbar, who had an impressive Six Nations for Scotland, are the danger men in the backline. Duncan Weir, who replaces Ruaridh Jackson, brings a good kicking game and can put Munster in difficult positions if given the chance.

The Warriors have repeatedly shown they are not be taken lightly but this is not their best XV.

But Munster look too strong to allow Weir to dictate the shape of the game and appear likely to be more than capable of ending Glasgow’s three-match winning streak. 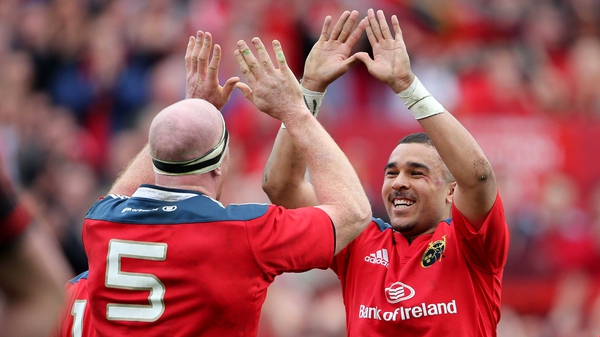