Munster’s Casey Laulala has been ruled out of action for two weeks with a broken knuckle.

However, Munster coach Rob Penney has revealed that the All Black should be available for selection to face Toulon in the Heineken Cup semi-finals on 27 April in Marseille.

Laulala’s team-mate Peter O’Mahony is visiting a specialist tomorrow and a decision on his prognosis will be made in the next 48 hours.

Leinster's Fergus McFadden will also miss several weeks of action with a medial knee ligament strain, but should return to action before season's end. 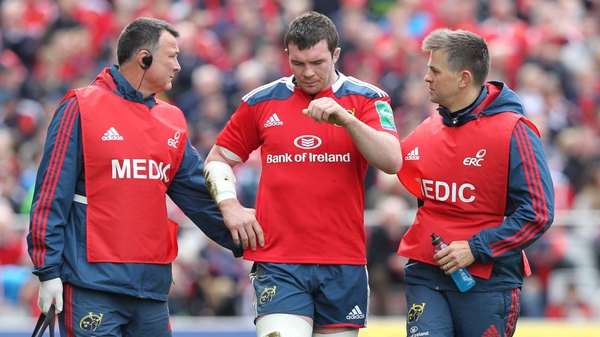