Paul O’Connell has indicated that Munster face a massive challenge if they are to beat Toulouse in Saturday’s Heineken Cup quarter-final.

Munster will equal Toulouse's record of 97 Heineken Cup tournament wins, and set up the possibility of a semi-final against Leinster in the Aviva Stadium, if they beat the French heavyweights at the weekend, in what O’Connell described as “a massive occasion”.

"It's great to be at home, but they are an incredible team with incredible players and incredible talent,” he said. “It's a massive uphill task for us.

"They [Toulouse] have class across the park, and on the really big days I think they are probably one of the best, if not the best, teams in the competition.”

O’Connell highlighted the spontaneous nature of Toulouse’s play as a particular challenge for Munster, and suggested the four-time champions were difficult to analyse.

"There are certain teams you can analyse and you can plan to try and stop what they are going to do,” he said.

"But with Toulouse, the way they play and the style of rugby they have makes it very hard to predict what they are going to do and plan for that.

"They have got so many flair players who can play off the cuff. They play an incredible off-loading game, and, as the weather gets drier and pitches get harder, that will suit them."

Munster are due to make a decision on the availability of their captain, Peter O’Mahony, as he continues to recover from a hamstring injury that sidelined him from last week’s Pro12 derby against Leinster.

Munster said earlier this week that O’Mahony was expected to be fit to face Toulouse. There are severe doubts, however, about Donnacha Ryan, whose foot injury is recovering slower than was hoped for.

Live radio coverage of Toulon v Leinster on Sunday Sport from 14:00 on Sunday 6 April on RTÉ Radio 1 and RTÉ.ie (Worldwide). 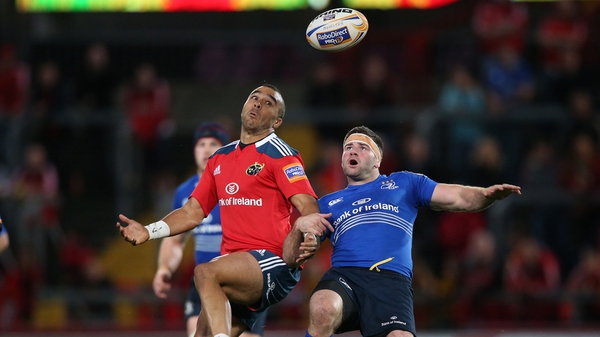