Munster will look to get back to winning ways this Saturday, following defeat to Scarlets in their last Pro12 outing.

Their talisman Paul O’Connell returns to the starting line-up in a huge mental and physical boost to the pack and team as a whole.

Getting back on track, and maintaining second spot in the table with a win, will be target number one for Rob Penney’s team this weekend, and they will certainly be favoured to do so.

Treviso are on an abysmal run of form, with seven straights losses chalked up beside their name, and a victory at Thomond Park would be a huge upset.

By contrast, Munster have a 100 per cent home record in the Pro12 this season.

Treviso have beaten Munster twice in succession in Italy, but neither they, nor any other Italian side, has ever beaten the Irish side away.

What’s more, the Irish side’s line-up will not fill Treviso’s squad with hope. The backline includes JJ Hanrahan, Johne Murphy, James Downey, Casey Laulala, Keith Earls and Felix Jones; all of the aforementioned players have been consistently good performers this season and together will offer a formidable challenge.

The pack is not as strong, but still includes Damien Varley, O’Connell, Donnacha Ryan and Sean Dougall.

Treviso are going to try and get the grind on Munster at the set piece, attempting to win penalties at the scrum and disrupt in the lineout.

Alberto de Marchi – headed to play for Sale Sharks next season – and Lorenzo Cittadini will be crucial in Treviso getting any change from this strategy, while Antonio Pavanello, Manoa Vosawai and Robert Barbieri wil be the trio entrusted to gain parity at the breakdown.

Outside the pack, Edoardo Gori lends experience at nine, with Matt Berquist starting outside of him. A talented looking backline includes Ludovica Nitoglia, Alberto Sgarbi, Michele Campagnaro and Angelo Esposito.

On paper, Munster should get the win here, and I expect them to.

It’s likely to be a close first half, where Treviso will put pressure on Munster and keep the game tight, but as space opens up out wide come the second period, it’s hard to see Munster not using their home advantage and pulling away.

Verdict: Munster to win by 17 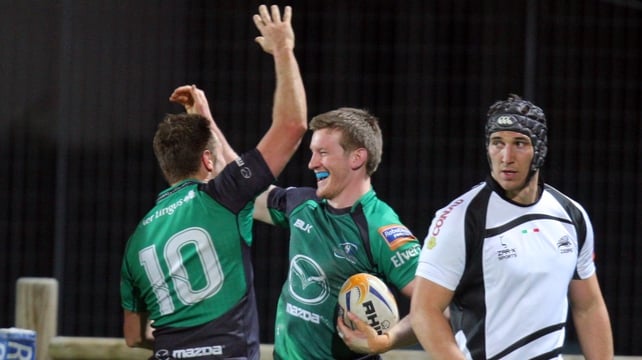 Connacht’s hot streak has given them three Pro12 wins on the trot, and a fourth win in Wales this weekend would equal their best run of form in the competition since 2002/03.

In addition, if they win, they could potentially rise to seventh in the table, closing in on Scarlets in the top half.

The incentives for Connacht this weekend are huge, and I expect a very committed and passionate performance as they attempt to keep their form ticking over.

The Westerners form in this clash is also very good, with four wins from the last five attempts against Dragons, giving further hope that this could be a victorious weekend for Pat Lam’s side.

The likelihood is that it’s going to be a very tight battle, with a score, or two, pushing it in favour of either side.

Connacht are settled, with no changes made to the team that beat Treviso.

Denis Buckley, Jason Harris-Wright and Rodney Ah You form a front row that has had a very solid season thus far, with Mick Kearney the lynchpin in the second row. John Muldoon supplies the experience in the back row at six, and Eoin McKeon the explosiveness at eight.

The pick of Dragons’ pack are Andrew Coombs in the second row alongside Robert Sidoli. In the back row Netani Talei is a tough opponent at eight. But on a whole, Connacht’s pack looks well able to control Dragons’ eight in the set piece and the loose, giving a platform which their backs can use with solidity.

Jason Tovey is dangerous for Dragons at ten, and Connacht’s Eoghan Masterson will want to get up into his face early and prevent him getting up a head of steam. Inside at nine, Richie Rees is the most experienced man in that division.

The Dragons backline is very youthful, exemplified by 19-year-old Jack Dixon in at 12, and 22-year-old Ross Wardle at 13.

Connacht are going to take it to these two, attempting to punch holes in midfield, off which their strike runners and back three will feed. If that works, expect to see Dragons’ back three of Will Harries, Tom Prydie and Dan Evans under plenty of pressure.

I think Connacht will get the upper hand in these exchanges, and coupled with a solid last quarter, where Connacht play percentages, and control Dragons’ replacement back row Toby Faletau, this should be an away win.

Verdict: Connacht to win by eight. 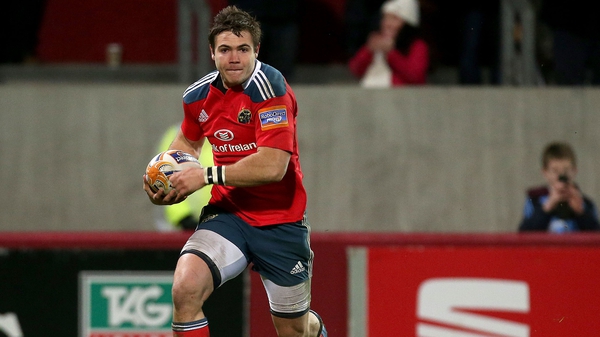