Leinster team manager Guy Easterby says the province would be crazy not to have Brian O’Driscoll as a coach if the recently retired international wanted to get involved.

The 35-year-old is set to end his playing career when Leinster finish their Heineken Cup and Pro12 involvement in May and while he has given no indication of his long-term plans, Easterby would jump at the chance to have him on board with the Amlin Cup champions.

“Obviously, no one has any idea what he wants to do career-wise,” said Easterby.

“He’s going to be fortunate enough to probably pick and choose a little bit but we’d be crazy not to tap into his knowledge, his experience, all the things that he’s brought as a player.

“There is no doubt that so many of those skills are transferable to a coach but it’s something that he’s got to want to do.

“Coaching is an attractive option but it’s nothing that you can go into half-hearted. You really have to be passionate about it."

He added: “It has to be something you really want to do. Whether Brian is at that stage now [I don’t know].

"It sounds like he wants a break, but Brian being Brian there’s certainly competitive juices [that will] start flowing again, he misses that side of the game, we’d certainly be interested in talking to him further down the line.”

Live television coverage of Leinster v Zebre from 19:00 on Friday 21 March on RTÉ Two and RTÉ.ie (Ireland only). 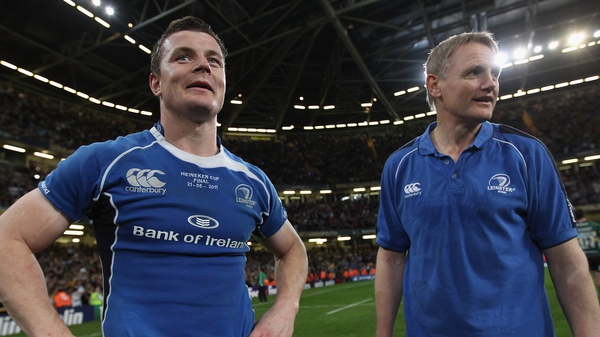