Stephen Ferris is in line to play for the first time since injuring his ankle in November 2012 after being named as a substitute for Ulster's Pro12 game with the Scarlets at Ravenhill on Friday.

Ferris will make a phased return to play following 16 months of rehabilitation, according to Ulster.

He initially damaged tendons in his ankle in a game against Edinburgh. He underwent surgery to repair the damage in December 2012, but struggled to overcome the injury. There had been speculation that he might move to Japan to play rugby when his IRFU contract ended in June of last year, but Ferris subsequently signed two short-term contract extensions with the IRFU that allowed him to stay at Ulster.

Great to be back tomorrow night for Ulster. Thanks to everyone who has supported me over the last 15 months.

Roger Wilson will make his 150th appearance for Ulster in the game, and centre Stuart McCloskey will make his first start for the side, having come on as a substitute in the win over Newport Gwent Dragons a fortnight ago. 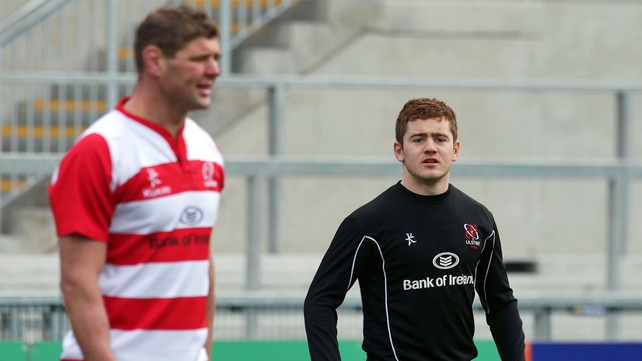 Outhalf Paddy Jackson (pictured above, right), who was dropped from the match-day squad for Ireland’s Six Nations decider against France on Saturday, trained with Ulster on Thursday and is named in the starting line-up.

Tommy Bowe, who was also released from Ireland duty, starts on the wing. 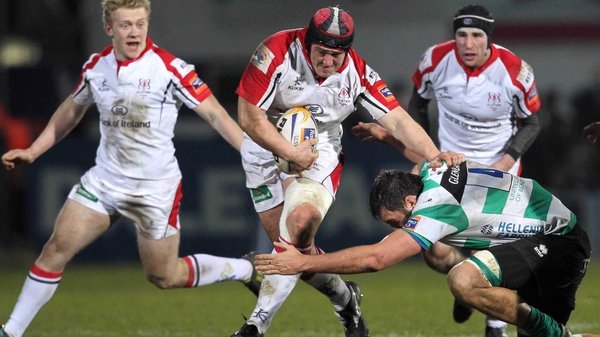