Declan Fitzpatrick and Stephen Ferris have agreed new IRFU contracts to see them extend their stay with Ulster.

Fitzpatrick, who has been capped seven times for Ireland, has signed a new two-year deal that will keep him at Ulster until at least the summer of 2016, while Ferris has signed a short-term extension to enable him to continue his rehabilitation from injury.

Tighthead prop Fitzpatrick made his debut for Ulster against Biarritz in 2006 and has played 83 times for Ulster, scoring two tries.

Commenting on his new contract Fitzpatrick said: “I am delighted to be staying at Ulster for a further two years.

“Both my family and I love living in Belfast so it is great to have our long-term future sorted out.

"I hope to make a significant contribution in the coming seasons and my aim next year is to nail down a starting place.”

Ulster’s Director of Rugby, David Humphreys, added: “Declan is a hugely important member of our squad and has proved at both Provincial and International level that he is a top performer.

“His opportunities have been restricted in recent seasons due to injury, so it is great to see him fully fit and playing some of the best rugby of his career.

“I am pleased that he has committed to Ulster for a further two years.”

Ferris meanwhile has signed a short-term extension to enable him to continue his rehabilitation from the injury that he sustained against Edinburgh in November 2012.

While the former British and Irish Lions flanker has made great progress, no date has yet been set for his return-to-play.

Humphreys said: “Stephen has shown remarkable drive and determination over the past year as he has worked to overcome the injury that has kept him out for so long.

“We are committed to helping him in every way possible and his new contract extension will mean that he will continue to have the best medical, physiotherapy and strength and conditioning teams around him, to help his recovery.” 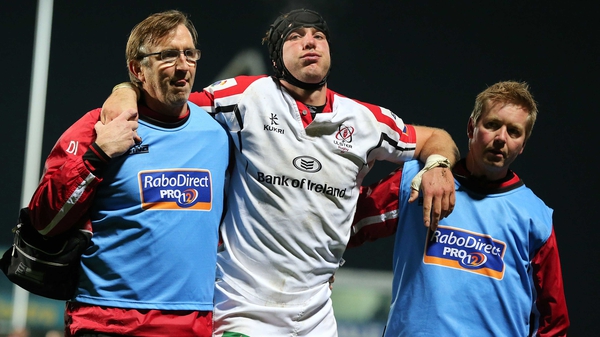