Jenny Murphy, Larissa Muldoon and Ailis Egan all return to the starting XV in place of Grace Davitt, Amy Davis and Stacey-Lea Kennedy, respectively. Egan switches to loose-head with Gillian Bourke at hooker.

France are unbeaten to date and have an practically unassailable points difference of +137 but Ireland can deny them the Grand Slam with a victory in the Stade de Hameau in Pau on Friday.

Doyle commented: "The team put in a fine performance against Italy in their first ever game at the Aviva Stadium but we are under no illusions as to the challenge ahead of us.

“France are the form team of the Championship and beat England reasonably comfortably in Round 1.  We will need to match their physicality and take our chances when they come.”

Live coverage of the Women’s Six Nations meeting of France v Ireland from 17:30 on Friday 14 March on RTÉ Two and RTE.ie (Worldwide). Live radio coverage on Game On from 17:45 on RTÉ 2fm and RTÉ.ie (Worldwide). 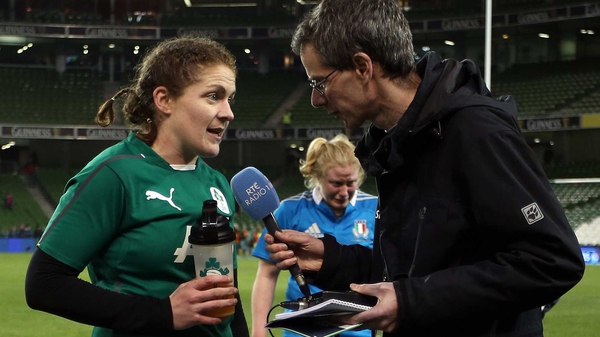