Ireland women’s captain Fiona Coghlan is fully focused on the task of winning in France and not thinking about scoring permutations.

The Six Nations championship may well be decided on points difference with title holders Ireland, fresh from their 39-0 win over Italy at the Aviva yesterday, England and France all in the running.

Coghlan told RTÉ Sport: “We didn’t mention [points] but it was about turning the screw and hammering home how we were so dominant in the half.

“Whether it’s enough points or not, I don’t know. It’s out of our control, we just have to go to France and win that game.”

Ireland led 20-0 at half-time thanks to tries from Claire Molloy and Lynne Cantwell and added further five-pointers in the second half through Alison Miller, Heather O'Brien and Jenny Murphy.

Coghlan added: “[It’s] definitely a scoreline we’d be very happy with. I think at times it was a bit stop-start but once we tried to force it we got into our stride.

“Some of the tries were absolutely outstanding and I think we dominated in most areas of play. [We] probably have to look at our breakdown going into the next game but once we got through the phases we were quite threatening.”

Philip Doyle’s side take on France on Friday evening in Pau. 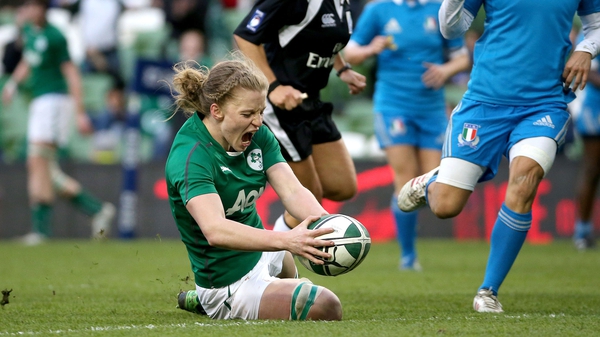