Home games against Italian opposition are must win: simple as. Drop points against Zebre and Treviso and you’re playing catch-up points-wise on your rivals.

Munster know this full well and will be ready to unleash hell on Zebre when they visit Cork.

Rob Penney has named a side that combines experience and youth for the visit of the Italians. Felix Jones, Gerhard van den Heever and Simon Zebo form an excellent back three.

In the centre, an experimental pairing of Johne Murphy and Ian Keatley lines out, with JJ Hanrahan and Cathal Sheridan playing at halfback.

Hanrahan has been one of the most intriguing players to watch this season, as his game has gone from strength to strength. He’s deservedly getting another chance at No 10.

Duncan Casey and James Cronin are complemented by the hugely experienced BJ Botha in the front row.

Ireland second row Donncha Ryan returns from injury in the second row; a huge boost to the Irish team. Billy Holland captains the team alongside him.

With Dave O’Callaghan, Tommy O’Donnell and CJ Stander in the back row, Munster look very rounded.

In the back row, Samuela Newa Vunisa is the key ball carrier at No 8, and Dries van Schalkwyk is the disruptor at openside flanker.

But there’s a reason Zebre are second from bottom of the league table. They just don’t have the requisite quality in the back line.

Brendon Leonard is a fine player at scrumhalf, and Kameli Ratuvou is dangerous on the wing, but he rarely gets enough possession or support to do the damage he’s capable of.

Zebre also have Italy international Giovanbattista Venditti to call on from the bench.

However, when you see that Munster have Dave Kilcoyne, Donncha O’Callaghan, Sean Dougall, Denis Hurley and Andrew Conway on their bench, Venditti’s impact might be somewhat diluted.

Zebre got thumped on their last visit to Munster, losing 29-3, and they’ll do well to avoid a similar fate this weekend.

Verdict: Munster to win by 18.

Another agonising defeat for Connacht last week, this time by two points away to Glasgow, sums up their season so far: good, but not good enough.

Pat Lam has injected a confidence into the Westerners that is superb to see, and their playing style is brave and ambitious. But they aren’t getting the results.

They remain rammed down on the bottom of the table, propping up the likes of Zebre and Benetton Treviso.

They have the players to be far higher up the table, but the squad have not managed to get a winning rhythm and as a result can’t break that negative, losing habit.

They go again this afternoon at home to Edinburgh in search of victory.

There’s plenty of talent in the Connacht XV this weekend. The back three of Robbie Henshaw, Fionn Carr and Tiernan O’Halloran is very strong.

Eoin Griffin and Dave McSharry make up the centre pairing, and Craig Ronaldson and the excellent Kieran Marmion start at halfback.

Team fulcrum Michael Swift returns to the side in the engine room, with Andrew Browne playing blindside and John Muldoon starting at No 8.

On the bench, Lam can call upon the likes of George Naoupu, Paul O’Donohoe and Dan Parks.

However, Edinburgh come to Galway with plenty of firepower of their own. Wicus Blaauw and WP Nel form a superb pair of pillars in the pack.

Izak van der Westhuizen is the power behind them in the engine room. Twenty-two-year-old Cornell du Preez is one to watch at number eight.

The Scottish team are also very dangerous in the backline, where Grayson Hart (No 9), debutant Andries Strauss (No 12) and Nick de Luca (No 14) are the standout danger men.

Edinburgh hammered Connacht 43-10 in Scotland when the sides met last November, but Connacht overturned them 32-24 on Scottish soil last April, while their last clash on Irish soil, back in December 2012, was a one-point affair, with Edinburgh coming out on top. In short, these clashes have been unpredictable.

This tie is likely to be another close affair as there appears to be little between the starting sides.

Edinburgh’s game against Dragons last week was postponed and there’s a possibility of rustiness from them. They are boosted by the return of  Ross Ford and Geoff Cross on the bench, both players returning from international duty.

Connacht’s defence was where it needed to be last week, but without a try they were always going to struggle, and so it proved.

The same applies this week. Get their defence right and they’ll be in the game. Put together the attacking play they are capable of and the tie is there for the taking.

Add to that the mental boost of pushing Glasgow so close last week and Connacht should come into this tie believing their third win of the campaign is waiting for them tonight.

Verdict: Connacht to win by four. 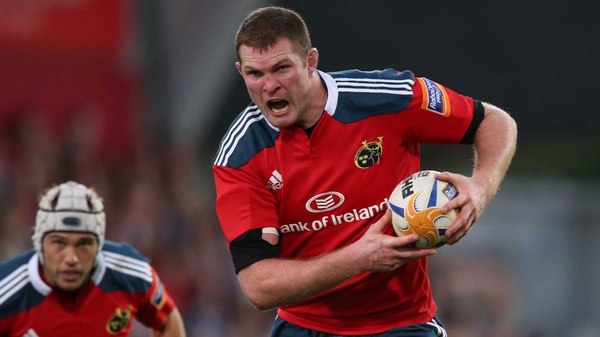