PRO12 ties during international windows are strange fixtures in a way. They are away from the media glare to a large extent, but still offer up huge talent, and crucially, the chance for fringe players to get a run in the first team.

These windows of opportunity are rare and they make international window PRO12 ties very keenly contested battles, with players playing out of their skins in a bid to put get the attention of their own coach and potentially any others.

Ospreys have 19 players out either on international duty or through injury, and are very much a case in point. Their starting XV is littered with up-and-comings rather than key figures.

In the backline, Ashley Beck at 12 offers the key experience to guide a largely second string group through. Twenty-one-year-old Matthew Morgan will attempt to fill Dan Biggar’s boots at out-half.

Up front, Scott Baldwin and Lloyd Peers step into the key slots at hooker and No 4 respectively, with Richard Hibbard and Alun-Wyn Jones away with the Wales squad. Perry Parker also makes his first start at lock, the Scot is on loan at Ospreys from Edinburgh. 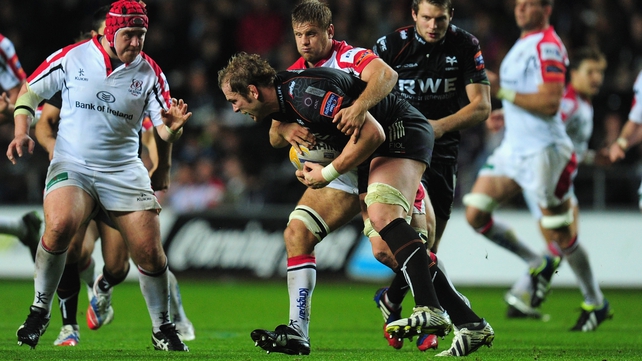 No 8 Joe Bearman will be a key figure in the back row, with flanker Justin Tipuric also away on international duty with Wales.

At 10 James McKinney has looked very solid and creative in his past starts, and with Ruan Pienaar inside him, he has one of the world’s best players there to guide his decision-making.

Add in Kiwi John Afoa and Ireland international Tom Court at prop, in front of captain Johann Muller and the Ulster team is brimming with talent.

Their backrow is combined of the experienced Robbie Diack and Roger Wilson, and the normally reserve choice Sean Doyle.

Ospreys have inexperience written all over their team-sheet, while Ulster have a very rounded balance of youth and maturity.

Both sides have talent on the bench, with Luke Marshall and Iain Henderson released back to Ulster by Ireland for the tie. Ospreys have Richard Fussell and Eli Walker to call upon.

Ulster lost this fixture 12-16 last season; however, their form has been electric of late with eight wins from nine. In addition, the Ulstermen have only lost once at Ravenhill in the last year.

Form, home advantage and team selection all points to an Ulster victory, which would move them above their opponents and into third in the table.

LIVE: U20 SIX NATIONS
Live television coverage of the U20 Six Nations meeting of Ireland and Wales from 19:30 on Friday 7 February on RTÉ Two and RTE.ie (Ireland only).

LIVE: WOMEN’S SIX NATIONS
Live video streaming of the Women’s Six Nations meeting of Ireland and Wales on Friday 7 February on RTÉ.ie and irishrugby.ie. Live radio coverage on Game On from 19:00 on RTÉ 2fm and RTÉ.ie (Worldwide). 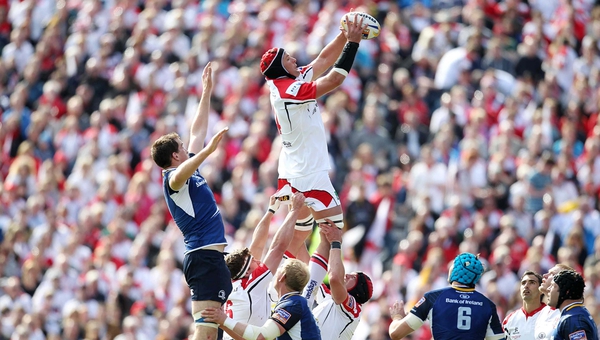