Ireland captain Coghlan says that preparations for defending their title are far from ideal but they are looking forward to the task.

The hard work starts this evening against Scotland in Ashbourne (7.30pm, live video streaming on RTE.ie and audio on RTÉ 2fm’s Game On).

Ireland's last competitive game was the 6-3 win over Italy that sealed the historic Grand Slam - last March, and the two sides that finished behind the Irish women in last season’s table, France and England, have both had the benefits of autumn Tests.

Naturally enough, Coghlan wants more rugby but says that getting the games is not as simple as it sounds.

“I’d hope [we can get more games]. We did play Italy in a friendly last weekend, which was deadly to have because you just can’t go in cold to a Six Nations, you’d be murdered off the park,” prop Coghlan told RTÉ Sport.

“But it comes down to whether girls can get time off work. There are so many other variables. It would be brilliant but I just don’t know if it’s feasible at the moment.

“We haven’t played together in ten months so it’s hard to judge where exactly we are at.

"England and France have had autumn internationals so we’re saying at training ‘are we there, are we there?’

“Things are going in the right direction and training is going really good and the intensity is good but we can’t say anything until the first game.”

Reflecting on the year since winning the championship, the 32-year-old says she’s been delighted with the impact their campaign has had on the growth of women’s rugby.

"Everything has been so positive. You have young kids playing minis, schools, there’s a huge schoolgirl league going now" - Fiona Coghlan

“Everything has been so positive. You have young kids playing minis, schools, there’s a huge schoolgirl league going now.

“Getting out to schools has been brilliant for me, the enthusiasm of the kids, actually knowing who you are.

"It gives us that little bit more recognition and standing, what we’ve been looking for.

While Ireland had a clean sweep last season, Scotland earned the wooden spoon with five defeats from five, including a 30-3 home loss to the Irish.

Saracens' Hannah Casey is set to make her Ireland debut.

There is a familiar feel to the selection to face the Scots, with players such as Coghlan, Nora Stapleton, Alison Miller and Lynne Cantwell all set to start.

Irish and World Player of the Year Niamh Briggs, one of the heroes of last year's Grand Slam campaign, is on the bench.

There are three uncapped players named in the match day squad – Hannah Casey starts on the wing while fellow Saracen Kerri-Ann Craddock and St Mary's Orla Fitzsimons are on the bench.

LIVE: U20 SIX NATIONS
Live television coverage of the U20 Six Nations meeting of Ireland and Scotland from 19:00 on Friday 31 January on RTÉ Two and RTE.ie (Ireland only). Live radio coverage on Saturday Sport (14:00) and Sunday Sport (14:00) on RTÉ Radio 1 and RTÉ.ie (Worldwide).

LIVE: WOMEN'S SIX NATIONS
Live video streaming of the Women’s Six Nations meeting of Ireland and Scotland from 19:25 on Friday 31 January on RTÉ.ie and irishrugby.com. Live radio coverage on Game On from 19:00 on RTÉ 2fm and RTÉ.ie (Worldwide). 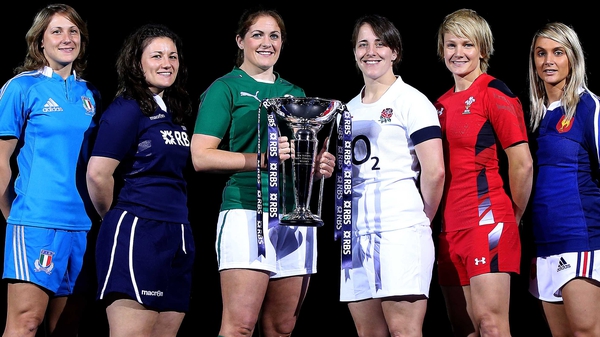