Strauss, 27, was diagnosed with a heart condition last October and was expected to miss the rest of the season.

However, the South African-born player, capped four times for Ireland, recovered sooner than expected and returned to action as a replacement during Leinster’s 36-3 win over the Ospreys on Friday night.

Speaking to RTÉ Sport, man of the match Healy, who himself made a swift recovery from a recent ankle injury, said: “I thought I was doing well and he came and shattered me with that one.

“It adds another option for Leinster and Ireland now and Straussy is so dynamic and has such an impact on any team, it’s great to have him back again.” 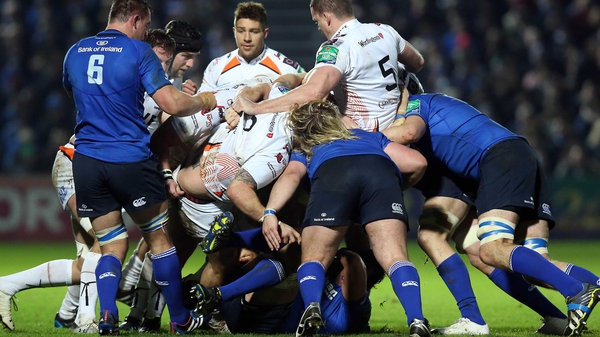