The pair come into the side as head coach Rob Penney makes 12 changes to the team that beat Perpignan in France last weekend.

Three of the players involved in the winning try at Stade Aime Giral - Denis Hurley, Tommy O'Donnell and JJ Hanrahan - all come into the first XV with Billy Holland returning as captain.

Casey Laulala maintains his place in the centres with Ivan Dineen coming into the side to partner the former New Zealand international.

Andrew Conway will make his fifth start for the province on the left wing after recovering from a blow to the knee sustained against Cardiff Blues.

BJ Botha is the only survivor from last week's front-row with Dave Kilcoyne and Duncan Casey coming into the side.

It will be Casey's first start and it will also be the Cork man's first Rabo appearance following his debut off the bench against Perpignan at Thomond Park two weeks ago.

Captain Billy Holland is joined in the second-row by Ian Nagle with both players coming into the side after starting together for Munster A last weekend.

Rob Penney has gone for an exciting back-row combination with Dave O'Callaghan, Tommy O'Donnell and CJ Stander all named in the starting XV.

Cork Con out-half Johnny Holland is amongst the replacements and will be hoping to earn his second Munster cap in front of the home crowd after his appearance off the bench against Cardiff Blues.

Another notable name on the bench is that of development prop Alan Cotter who makes his first appearance in the matchday 23 and could make his debut. 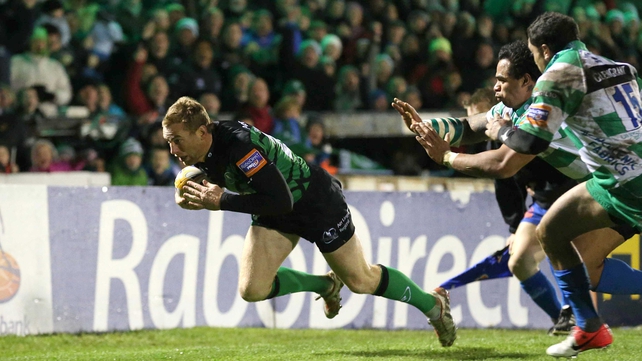 Mayo-man Gavin Duffy starts on the right wing for his 170th Connacht appearance, while remainder of the back line remains unchanged.

Nathan White, who missed last week's game against Toulouse due to illness, represents the only change to the pack.

Craig Clarke will captain the side tomorrow, partnered by Mick Kearney in the second row.

On the bench, 22-year-old Dave Heffernan has been called in as replacement hooker for the unavailable Sean Henry.  Academy out half and Eagles captain Jack Carty has also been called up.

Lam said: "Dragons are an improved side this year. They're seventh in the table and it will be another tough challenge this week.

"We know that we need to put them under pressure right from the kick off. If we bring the heart, that was so evident in our Toulouse games, to our roles in the game plan it will give us a great opportunity to achieve the outcome we all want." 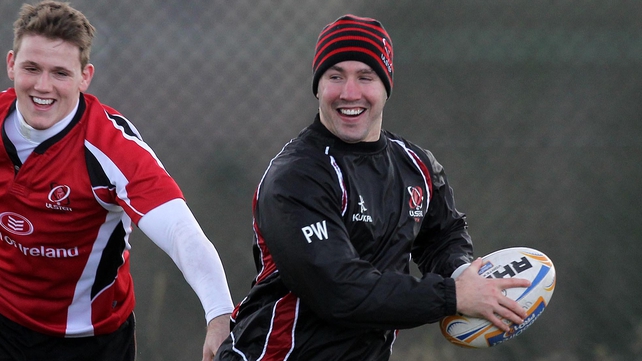 Paddy Wallace returns to the Ulster XV for the first time in nine months tomorrow evening in the match against Zebre at Ravenhill.

Wallace, who suffered an ACL injury against Glasgow in February, returns at inside centre following two games for the Ulster Ravens in the British and Irish Cup.

Elsewhere, Ricky Andrew starts at fullback with Jared Payne moving to outside centre. Craig Gilroy switches flanks and starts on the left wing with Michael Allen coming in on the right.

There is a whole new front row, with Callum Black replacing Tom Court at loosehead, Niall Annett selected at hooker and Ricky Lutton named at tighthead.

Lewis Stevenson has recovered from the medial ligament injury he picked up last month and joins captain Johann Muller in the second row.

With Roger Wilson sustaining a mild ankle injury last weekend, Robbie Diack moves to Number 8, with Sean Doyle keeping his place at openside and Mike McComish coming in at blindside.

Adam Macklin is named as a replacement and is also in line to make his return to first team action having suffered an ACL injury last season.

Declan Fitzpatrick was unavailable for selection as he is suffering from a virus, while John Afoa is in New Zealand.

Looking ahead to the game, Wallace said: “My motivation is through the roof. I hope that I can bring a few players along with me because I am so pumped up to play again at Ravenhill.

“So many people have supported me through a hard time such as the medical staff and the strength and conditioning coaches and I want to do their support justice.” 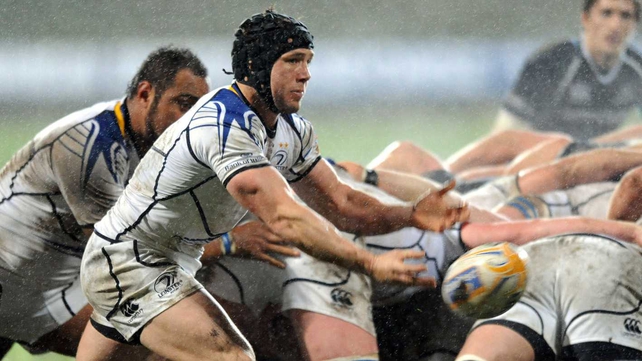 Coach Matt O'Connor has made a number of changes to the Leinster XV from that which was selected last weekend against Northampton for Friday's match at Edinburgh.

Isaac Boss is included for the first time in several weeks having recovered from a hamstring injury and he partners Ian Madigan in the half backs.

Luke Fitzgerald and Brian O'Driscoll are also retained from last weeks' starting 15, with Zane Kirchner promoted from the bench. Noel Reid and Darragh Fanning also come into the side, Fanning after playing for the Leinster 'A' team in their fine win over Cross Keys last weekend.

There is a completely new pack selected with Leo Cullen captaining the side. Shane Jennings, who was a late replacement for Sean O'Brien, has retained his place and he is joined in the back row by Kevin Mclaughlin and Jordi Murphy at 8. 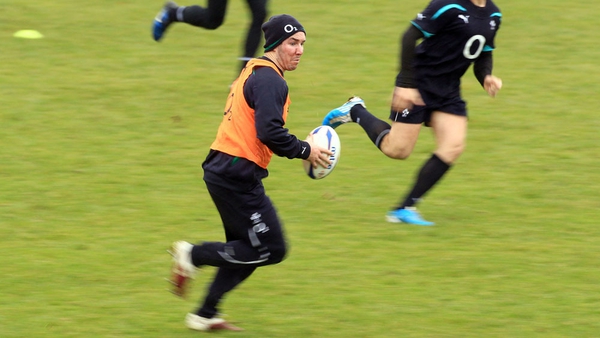