Connacht  were unable to replicate last week’s sensational upset in Toulouse at the Sportsground as the four-time Heineken Cup champions showed their class in a comfortable 37-9 win.

Guy Noves' star-studded side avenged that shock reversal with Maxime Medard (2), Christopher Tolofua, man of the match Louis Picamoles and replacement Gael Fickou all crossing the whitewash in Galway.

Tolofua crashed over late in the first half to leave Connacht 22-9 behind at half-time, the province's only points coming from the boot of out-half Dan Parks, who kicked a penalty and two drop goals.

A neat lineout move put Picamoles through for his try early in the second half, and with Connacht unable to respond Lionel Beauxis added another penalty and converted Fickou's closing effort for a 12-point personal haul.

The win keeps Toulouse on course for another quarter-final place, leaving them level on 15 points with chief rivals Saracens at the top of Pool 3.

The flu bug that had disrupted Connacht's preparations struck again as Nathan White and Frank Murphy were late withdrawals from the replacements' bench.

But they made a positive start with Robbie Henshaw and Rodney Ah You carrying with intent, and Parks powered home a penalty from 44 metres out.

Toulouse responded through the boot of Beauxis and used turnover ball to grab the game's opening try, Medard hacking on a kick through from Beauxis and beating Eoin Griffin to the touchdown. 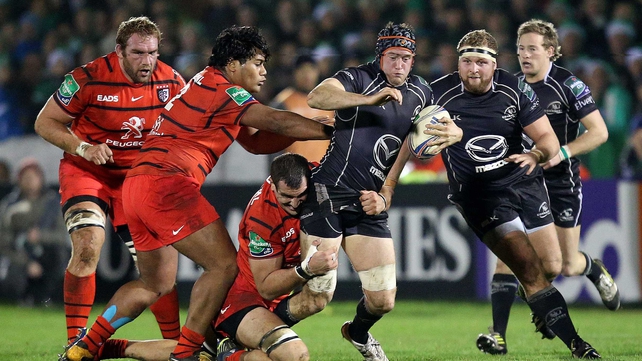 The successful conversion was cancelled out by a snap drop goal from Parks after Toulouse failed to gather the restart.

The gap remained at 10-6 as Beauxis slid a scrum penalty narrowly wide.

Connacht had enough territory to cause problems but they could not get their attack firing, and Parks missed a penalty effort from inside his own half.

From the restart, Beauxis created the opening for Medard's second try. The number 10 caught the Connacht defence flat with a pinpoint cross-field kick and Medard muscled past Henshaw's initial challenge to dot down on the left.

Right on time, the French side's forwards upped the ante and their power set up strong-carrying hooker Tolofua for a deserved try, following two bulldozing runs from number eight Picamoles.

Beauxis added the extras for a 22-9 lead at the interval as they doused Connacht's fire, showing ruthless efficiency especially with their telling kicks.

The second half was scoreless until Toulouse worked a short 55th-minute lineout, Tolofua linking with Yannick Nyanga who sent Picamoles powering through Fionn Carr's tackle to score in the left corner.

Henshaw and Carr threatened briefly for the westerners, however Beauxis' second penalty and a terrific solo effort from halfway from Fickou finished off a satisfying night's work for the European giants. 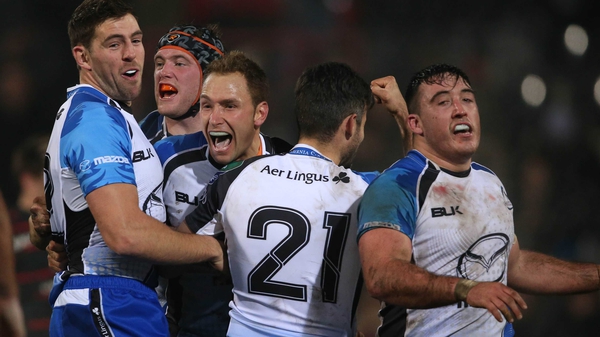