Wales centre Jonathan Davies has signed a two-year deal with French Top 14 club Clermont Auvergne, with the option of extending the deal for a third season.

Davies, who is currently out for several months with a chest injury, will link up with his new employers in July 2014, with his initial contract running until the end of the 2016 season.

The 25-year-old is Clermont's second signing for next season, following the announcement that Sébastien Vahaamahina has also penned a deal.

No details on Davies' salary have been disclosed.

Second centre Davies, who starred for the Lions in their Test-series victory over Australia last summer, was Clermont's number one target for the 2014/15 season, and the French club's executives have been chasing the 37-cap Wales international for some time.

The Clermont website has indicated that Davies was impressed by the club's fans and stadium, Parc des Sports Marcel Michelin, when he played there with his current club Scarlets back in October 2012.

Clermont's sporting director Jean-Marc Lhermet said: "We are now able to celebrate and welcome the arrival of Jonathan Davies for the next two seasons.

"His game corresponds perfectly with the one that we practice and he will improve our game enormously.

"Despite his young age, he has a wealth of experience in games at the highest level, and is one of the best players in the world in his position. He'll be a huge addition to our team.

"Jonathan has decided to leave Wales to live a new adventure, we're delighted he's going to play in the yellow and blue, and that as well as bringing all his talent, will be determined to to help us claim new titles in the years to come."

Scarlets chief executive Mark Davies said they had done everything in their power to keep Davies at the club but wished him the best in his new venture.

He said in a statement on the Scarlets website: "Jon has taken as much time as he could to consider each element of the tremendous opportunities available to him and has ultimately now had to make his decision on the best route for him as an individual at this point in his rugby career.

"Unfortunately for us that will result in Jon playing in France over the period of his next contract but we remain immensely proud of everything Jon has achieved with his region and completely respect his decision to extend his horizons and take this significant opportunity at this time.

"When we reach the end of the season, he will leave as a true Scarlet."

Scarlets head coach Simon Easterby added: "Jon has established himself in recent seasons as a world-class centre for Scarlets, Wales and now the British and Irish Lions.

"He has always taken great pride in having his rugby roots in west Wales and I know this will have been a tough decision for him personally, and probably one of head over heart.

"He will give his all in his last season with us I am sure and will lead from the front. But for now, our focus is to support Jon as he recovers from his injury and gets back to full fitness as soon as possible."

Davies, born in Solihull, England, started his professional career at Scarlets in 2006, and has played 99 matches for the team en route to scoring 165 points.

He is the second Welshman on the Clemont books with full-back Lee Byrne already at the club.

The move is a fresh blow to Welsh rugby as Davies becomes the latest high-profile player to leave the Principality for the superior wages that are offered by French clubs. Second row Luke Charteris currently plys his trade at Perpignan, as does utility back James Hook, while flanker Dan Lydiate lines out for Racing Métro, alongside Davies' international centre partner Jamie Roberts.

Wales captain Sam Warburton has also reportedly been the target of several French clubs, namely Clermont, Toulon and Racing. His current club Cardiff Blues have yet to finalise a new deal for the flanker, stating they cannot commit until the know what revenue they will receive from European competition next season.

However, with no end to the Heineken Cup versus Rugby Champions Cup dispute in sight, suitors for Warburton's signature will no doubt take a keen interest in Davies' decision to head to France. 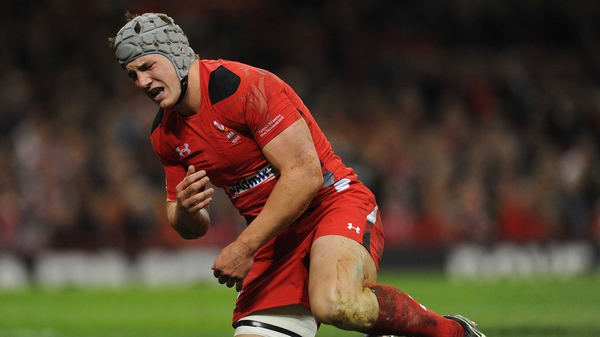