Conor Murray will not face any disciplinary action after being cited in Munster's RaboDirect PRO12 victory over Glasgow Warriors last Friday.

Scrumhalf Murray appeared before an independent disciplinary committee in Cardiff having been cited by the independent citing commissioner for an alleged incident of foul play.

The committee, chaired by Roger Morris (Wales) alongside Rhian Williams (Wales) and Marco Cordelli (Italy), upheld the citing in that an act of foul play had been committed but found that the act did not merit classification as a red card offence and imposed no sanction.

Murray was cited for striking an opponent, contrary to Law 10.4 (a), which states that a player must not strike an opponent with the fist or arm, including the elbow, shoulder, head or knees.

The decision will come as a welcome piece of news to the Ireland coaching unit with the Guinness Series set to start at Aviva Stadium on 9 November with a clash against Samoa. 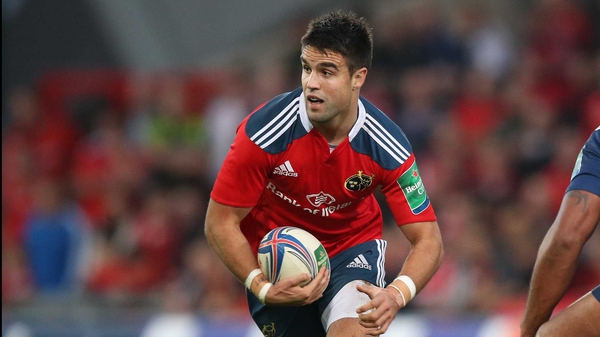 Munster's Conor Murray cited for striking with an elbow