Munster’s late capitulation away against Edinburgh was perhaps the biggest surprise of round one.

Their execution of basic skills was below the requisite levels, and more worryingly, so were their levels of tenacity.

The good news is that these can both be rectified.

When Munster were at their best in Scotland last Saturday it was when they played a tight, rumbling, multi-phase retention game.

Hitting Edinburgh with repeated drives and shunts up front to make hard yards, which built up into large gains.

This season, Munster have sometimes tended to go for the sublime over the obvious, and that has often been to their detriment.

Simplicity is the ultimate sophistication, and Munster’s efficiency and directness is a hallmark of their game that in no small part brought them to the top of the European ladder in 2006 and 2008.

They must not forget this and implement those tactics again when needed.

This game is a case in point. If they can channel that strategy they should win this tie well.

Gloucester only have a 40% win ratio in the Premiership so far this season and Nigel Davies’ rotation policy means that only three of the 15 that started the win against Perpignan will start at Thomond: they are there for the taking.

Simon Zebo’s loss to injury is a major blow to Munster, but they have much more to them than he alone, and I fully expect the backline to cross the whitewash this Saturday without Zebo’s tekkers.

Felix Jones (No 15), Keith Earls (No 14) and Casey Laulala (No 13) present plenty of a handful and will do damage to Gloucester if given the chance.

If Munster stamp out Mike Tindall’s driving runs in midfield, and nullify Charlie Sharples on the wing, then it’s hard to see where Gloucester’s threat is going to arrive from.

Billy Twelvetrees and Jimmy Cowan are both rested, in place of Jonny Bentley and Dan Robson, and as a result, Gloucester are dimished greatly from the side that beat Perpignan.

Davies has changed the entire forward pack for the tie and on paper, it would lead one to think that Munster should walk it, but complacency would be dangerous.

The other key area that needs addressing for Munster is decision making.

Leading 23-19 with 12 minutes to go against Edinburgh, the last thing JJ Hanrahan needed to do was belt the ball away down field from inside his own 10-metre line.

Instead, Munster needed to hold on and grind their way upfield. Those kind of rushes of blood to the head need to be banished.

Gloucester’s star turn in the pack is Ben Morgan at eight, and a fine player he is, on his day.

But as a pack, Munster hold the better cards with Paul O’Connell, BJ Botha and Peter O’Mahony.

If Munster cut out last week’s errors, stamp their authority up front, and make their first up tackles, they’ll win this one. 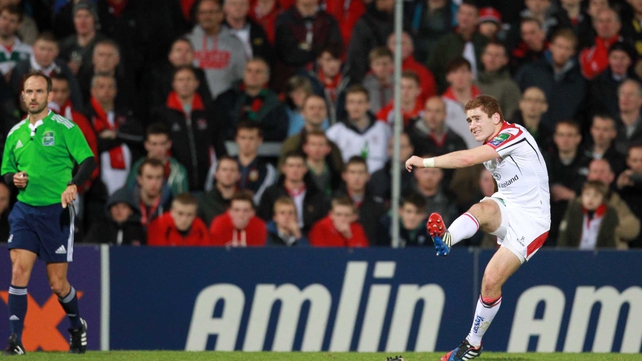 Montpellier found the going very easy against Treviso last week and through their pack of bruisers, and some sniping from scrum-half Jonathan Pelissie, they powered away from their Italian opposition.

So, much like last week against Leicester Tigers at Ravenhill, if Ulster are to take the win at Stade Yves-du-Manoir in Pool 5 then they are going to have to win a very tough arm wrestle up front to have any chance.

This means quick lineout ball, good scrummaging and clean delivery at the breakdown.

Getting those basic tenets right against Montpellier will lead a side with a backline as talented as Ulster a long way towards victory.

If those basics are right, then Ulster can use Tommy Bowe and Andrew Trimble outside to attack the flanks.

They come up against Timoci Nagusa and Yoan Audrin on the wings. Both are good opponents, however, and the battle between the quartet looks evenly matched.

In the pack, Montpellier’s superb captain Fulgence Ouedraogo (No 6), alongside giant Mamuka Gorgodze (No 7) are the main men. Robbie Diack and Chris Henry are unlikely to come up against tougher opposition all season.

The likely physicality of the confrontation will wear both sides down, meaning gaps are sure to appear late on. Whoever can capitalize on those gaps, might well come away with the win.

The battle up front will be ferocious, and away from home, with a partisan crowd against Ulster, it will be tough going to claim victory.

Ulster may claim the win, however, coming away with a losing bonus-point would also rank as an achievement.

Verdict: Ulster to lose by five. 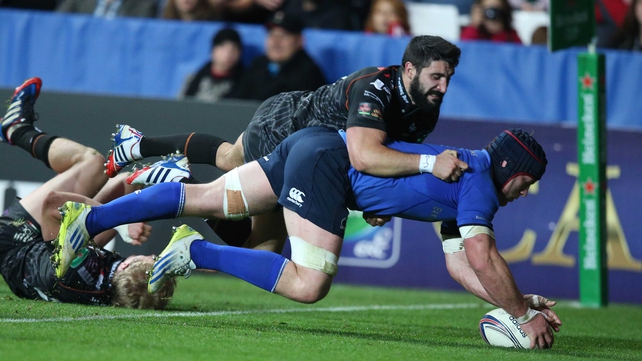 A victory over Castres at home, allied to last week’s fine away win at Ospreys, would put Leinster firmly in the driving seat in Pool 1 and on course for a place in the last eight.

Last week’s win was impressive and has set tongues wagging that Leinster could have a lot to offer in Europe this season.

The off-the-cuff attacking play that is the traditional trademark of their game was there, and the free-flowing rugby displayed by Jamie Heaslip, Sean Cronin and Sean O’Brien is exactly what they need to produce again this week to do away with Castres.

Matt O’Connor has named a strong side, and even without a certain lad called Brian O’Driscoll, there is lots of danger in the backline.

With Rob Kearney and brother Dave running from deep, with Fergus McFadden in support, the flanks are strong.

In midfield, Brendan Macken is stepping up to the plate of playing 13 in O’Driscoll’s absence.

Add all that together and Castres really do face an uphill battle at the RDS.

The Top 14 champions lack the standout names of their domestic rivals Toulon, Toulouse or Clermont, but they have a steel about them that wins matches.

The Castres pack is strong, with Richie Gray at lock, and Pedrie Wannenburg beside Antonie Classen in the back row, the foundation of the side.

If those three get the upper hand in a match, then possession and field position often go Castres’ way. In that sense, stop them - stop Castres.

Rory Kockott’s distribution at nine is very competent and in winger Romain Martial they have a potent finisher.

But from 9-15 Leinster have more about them and they are likely to display that with aplomb.

Verdict: Leinster to win by 12. 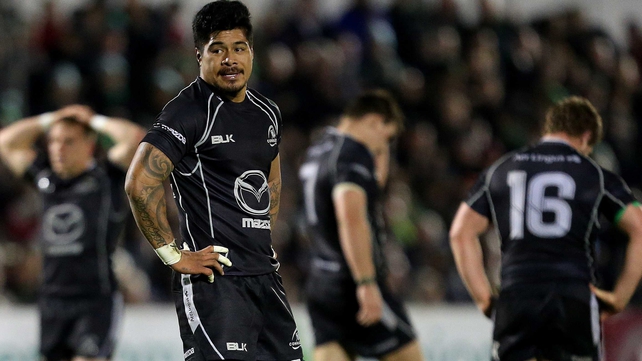 Nobody has given Connacht a snowball’s chance in hell of making it out of Pool 3, but if they are to deliver a David versus Goliath season, they must take away points against Zebre.

Any hope of last-eight qualification comes down to winning this match.

Psychologically Pat Lam will know this and will have his side primed to take this game by the horns. It’s a must-win at Stadio XXV Aprile.

Connacht’s defence got drawn-in last week against Saracens at times, and it cost them a win through leaked tries that should not have been.

They need to maintain their width when defending this time out and push up to meet the tackler rather then let the attacking team come on to them.

Danie Poolman is a threat for Connacht and looked sharp last week, he needs to get fed plenty of ball on the right wing, and from there Connacht can do damage with him as a target man.

In the pack, Jake Heenan is looking a fine purchase at 7 and getting better every week.

For Zebre, the fulcrum of the team is out-half Luciano Orquera: stop him playing and Zebre look very short of ideas.

Up front Marco Bortolami (No 5) and Mauro Bergamasco (No 7) bring a wealth of experience.

But their legs have had more youth in them than in previous years, and if Connacht crank up the pace, then much of that duo’s effectiveness could be eliminated.

Against Toulouse in round one, Zebre looked weak around the ruck area in the T1 and T2 tackle positions, while off quick ball from the top of the lineout they also struggled to contain crash balls with runners off the shoulder at pace.

These are two fields of attacking produce that Connacht must harvest.

Similarly, Zebre were weak on the wings against Toulouse, and when the French side kicked ball in behind the back three they panicked upon scrambling back to retrieve.

There are plenty of areas to exploit in the Zebre side and Connacht should have the firepower to do it.

Verdict: Connacht to win by eight. 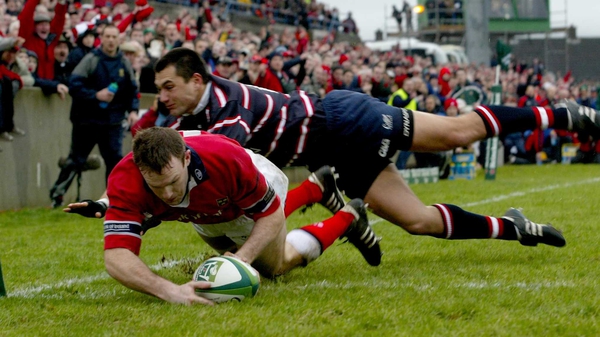