Alun-Wyn Jones has warned that Leinster's opponents Ospreys intend making their presence felt in this season's Heineken Cup - despite facing a so-called "Pool of Death".

They start against Liberty Stadium visitors Leinster on Saturday, when Wales lock Jones will be joined by three of his fellow 2013 British and Irish Lions - hooker Richard Hibbard, prop Adam Jones and flanker Justin Tipuric - in a powerful Ospreys pack.

"I think in some people's eyes we are potentially going to be a bit of a sideshow in the group after what happened a couple of years ago in the final with Leinster and Northampton, and with Castres being French champions," said Jones, the Lions' third-Test captain Down Under.

"We don't want to be just making up the numbers, we want to be as near to the top of the pool as we can. We've got a home game first, and hopefully we can use that to our advantage.

"It is the first game of a six-match block that will test us and push us all the way, but we need to stand up and deliver on and off the field. That is something we haven't done in this competition in the past, maybe.

"The very nature of the competition means that you have six difficult games and there is never any margin for error, whoever you are pooled with.

"It's not like a season-long league where you can catch up if you get off to a slow start. Lose your opening games in this competition, and that's it. It is such an unforgiving competition." 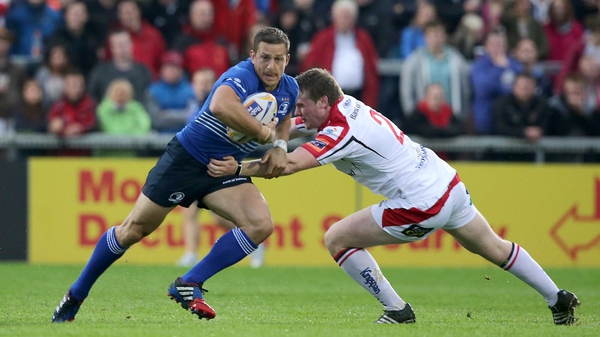 Jimmy Gopperth to start at out-half for Leinster against Ospreys