Pat Lam's stewardship of Connacht began on a positive note as they swept Zebre aside for an opening RaboDirect PRO12 win at the Sportsground.

Prop Nathan White, who turned 32 on Wednesday, accepted a belated birthday present in the form of an intercept try as he sent Connacht ahead in the fourth minute.

Luciano Orquera replied with a penalty but Connacht pushed 12-3 in front when Matt Healy - one of the province's best performers in pre-season - scored a classy converted try on the half hour.

Zebre improved on the restart with Orquera kicking two penalties to one from Parks, before Connacht got their counter-attacking game going and Fionn Carr flew in for try number three.

The visitors added a deserved consolation score from Luca Redolfini in the final minute, despite losing fellow replacement Matteo Pratichetti to the sin-bin.

Full-back Berryman, one of five debutants in the Italians' starting line-up, tested out Robbie Henshaw's defence before Connacht seized an early lead.

White was alert to a quickly-taken Zebre line-out, intercepting the throw to canter in from 25 metres out. Parks' conversion attempt went wide. 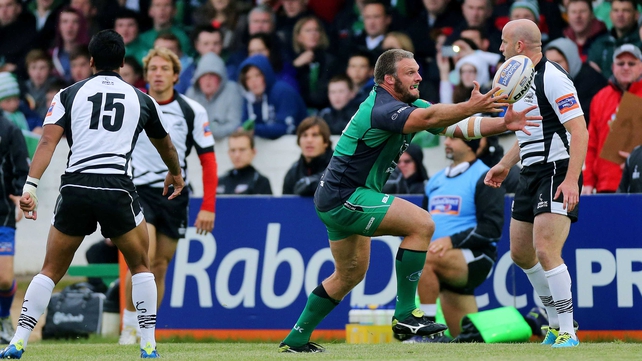 Orquera closed the gap to 5-3 after Connacht were pinged for not rolling away and amid a scrappy error-strewn start, Parks missed two penalties set up by Connacht's forceful maul and scrum.

The game lulled along until Parks spread play intelligently with a skip pass in the 29th minute, Carr came in off his wing and linked superbly with fellow winger Healy who shimmied and then beat his man on the outside.

Parks' kicking radar was bang on target from the touchline conversion, the seven points lifting Connacht's confidence and their forwards took their cue.

The westerners turned over a Zebre scrum with George Naoupu doing well to control possession at the base, and that good work led to a first successful penalty from Parks and a 15-3 interval lead.

Zebre had done very little wrong in defence, working hard and maintaining their shape and discipline for the most part. 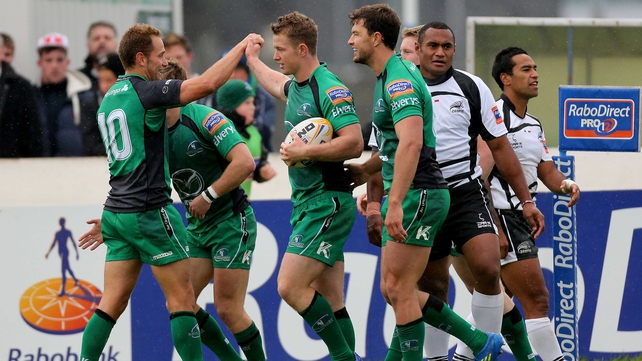 An instinctive break from 13-times capped All Black Leonard also gave a glimpse of their attacking potential.

The Italian outfit opened the scoring in the second half, winning a scrum penalty which Orquera stuck over with six minutes gone.

The territory swung in improving Zebre's favour during the third quarter, the tension increasing for the home support in the 4,083 crowd as Orquera cut Connacht's lead to six points.

Parks snapped back three points as Lam looked to his bench, with young Kiwi Jake Heenan making his mark with a couple of useful turnovers.

Man-of-the-match Henshaw and pacey replacements Tiernan O'Halloran and Paul O'Donohoe also lifted the province late on, the latter releasing Carr for his 75th minute try just to the right of the posts.

Parks and Gonzalo Garcia had missed penalty attempts before that and Pratichetti's sin-binning for foul play left Zebre with 14 men for the closing seven minutes.

Park's conversion took Connacht 25-9 clear before reserve prop Redolfini rumbled over for a try his team's second half efforts merited. 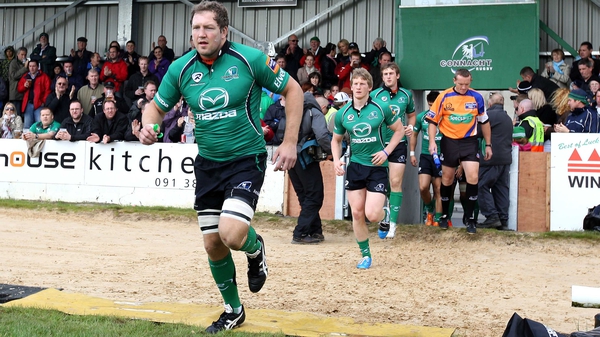