A nine try romp ensured for South Africa an easier than expected start to the Rugby Championship as they overwhelmed Argentina 73-13 at Soccer City on Saturday.

South Africa bettered the competition record for the biggest winning margin and also their own 16-year-old mark for the most points scored in a match in a strong statement of their potential for the four-nation, southern hemisphere competition.

The Springboks were rarely tested in the set pieces and at the breakdown despite fears of Argentina's growing potential and ran riot in open play in a one-sided second half performance.

The tries included a record-extending 51st for winger Bryan Habana while flyhalf Morne Steyn missed just a single kick in slotting over eight conversions and four penalties for a personal contribution of 28 points. 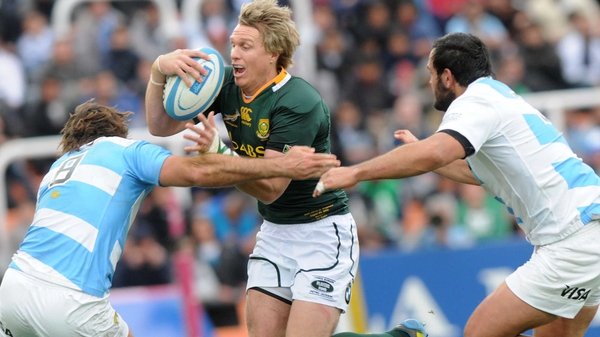