Samoa powered to a 39-10 win over Italy in the four-team tournament in South Africa on Saturday, their third successive test win against Six Nations opposition.

Having won in Wales in November and beaten Scotland in Durban last week, the Samoans proved too strong for the Italians at the Mbombela Stadium in a scrappy game in which they outscored their opponents five tries to one.

The power of the Pacific islanders ground down Italian opposition in a match that started slowly with Samoa leading 10-3 at halftime but exploded with four more tries in the second half.

Samoa captain Paul Williams crossed for the opening try and added 13 more points with the boot.

A burst from John Leota and good follow-up work from Tusiata Pisi allowed Williams to collect and scramble through for an easy touch down after 21 minutes to break the deadlock.

A clever kick towards the touchline from Williams straight after the break allowed Alapati Leiua to score his first international try in just his second appearance as the islanders extended their lead and took command of the game.

A strong break from Pisi set up the third as a bedraggled Italy missed key tackles and Leota added his name to the list of try-scorers in the 53rd minute after collecting an inside pass.

A similar break from a maul created an opportunity for number eight Taiasina Tuifua to finish off some clever handling down the left-hand touchline some.

Italy were awarded a penalty try nine minutes from time as they attempted to drive over the line but it was a brief reprise as another searing break from substitute centre Seilala Mapusua set up a final try for fullback James So'oialo in the 74th minute. 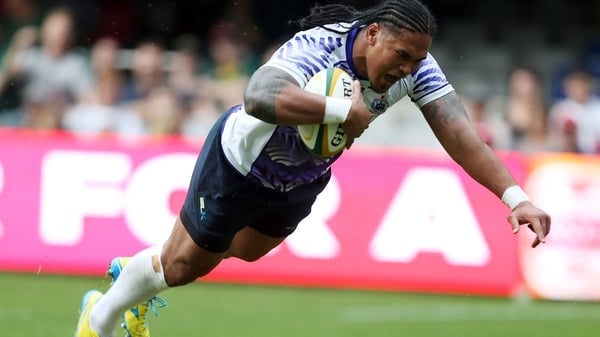