The Disciplinary Committee of the RBS 6 Nations has confirmed that Cian Healy will serve a four-week suspension as a result of his citing for stamping in Ireland’s defeat to England last Sunday.

Healy’s suspension runs from Monday 11 February, the date in which he had been informed of the citing complaint, until Sunday, 10 March.

The player will therefore be unavailable for Leinster’s RaboDirect Pro 12 game against Treviso on Saturday and the upcoming Six Nations games games against Scotland and France.

The Six Nations said that the chairman of the independent disciplinary committee made it clear to Healy and those representing him at the recent hearing that the prop was suspended from the date on which he had been informed of the citing complaint against him, 11 February, until midnight on 10 March.

It was first announced that Healy would be receiving a three week ban.

The Six Nations said they initially excluded this weekend from the calculations as a result of evidence given at the hearing to the effect that Healy would not have been selected to play for Leinster against Treviso.

Today's Six Nations statement also stated that Healy has a right of appeal against the decision of the independent disciplinary committee, as do the Six Nations and the IRB.

However, in the event of an appeal Healy will remain suspended pending any appeal hearing.

Rhys Ruddock will captain Leinster at the RDS on his 50th provincial appearance.

Ruddock is named in a back-row with fellow Leinster Academy graduates Dominic Ryan and Jordi Murphy, who scored a try in the 26-11 victory over Cardiff Blues on his 18th appearance last weekend.

The province can also welcome back several players who were involved with the Ireland squad in recent weeks.

Amongst them is hooker Sean Cronin, while fellow Limerick man Eoin Reddan will make his 78th Leinster appearance, linking up with Ian Madigan at half back. 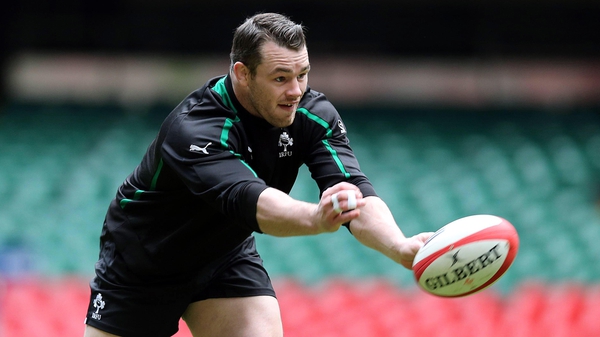