Racing Metro have admitted their chances of signing Jonathan Sexton are pretty slim.

On Monday, it was reported in the newspaper Midi Olympique that Sexton had twice met Racing owner Jacky Lorenzetti concerning a proposed move., reportedly worth €750,000 a year.

However, Lorenzetti now appears to have ruled out the possibility of Sexton moving to the Top 14 club. Speaking to rugby365.com, Lorenzetti said: “The Irish are the Irish. They're very attached to their homeland.

"They often have a strategy of blowing their own trumpet and using other clubs, notably the French, who are renowned for paying well, to raise the stakes, up the bidding and better negotiate their contracts in Ireland.

"If I have helped Sexton to better negotiate his contract, then why not? The chances of Sexton coming to France are tiny and to Racing even more so."

Ireland coach Declan Kidney is confident fly-half Jonathan Sexton will not be lured to France by money.

Kidney, who named Sexton in a 39-man training group for the upcoming RBS 6 Nations campaign, is hopeful that the Irish Rugby Football Union can renegotiate a deal to keep one of the country's stars at home.

Asked if a Sexton move to France would spark an exodus of leading Irish talent, Kidney suggested that the player is likely to put the best interests of his club and country first.

"I don't think anything that Jonny would do would be selfish or lead to a thing like that," he said.

"The Irish are the Irish. They're very attached to their homeland" -Jacky Lorenzetti suns up the psyche of the Irish rugby player

"He just has to do the right things. Whoever came out with the story publicly, I don't think the IRFU or Jonny had any interest in it going like that."

He added: "I've yet to meet an Irish player who has actually made his decision based on money. He's made it on how he's looked after (and) his affinity to the team.

"Our fellas' pride in their provinces is only matched by their pride in their Irish jersey. When our lads make decisions about moving abroad they don't make them lightly and I've yet to meet one who has made it purely on finance."

Asked about Sexton's talks with the IRFU, Kidney said: "There are negotiations going on and I'd imagine that they'll be drawing to a conclusion fairly soon. I wouldn't like to pre-empt these things, you have to let the negotiations carry on. 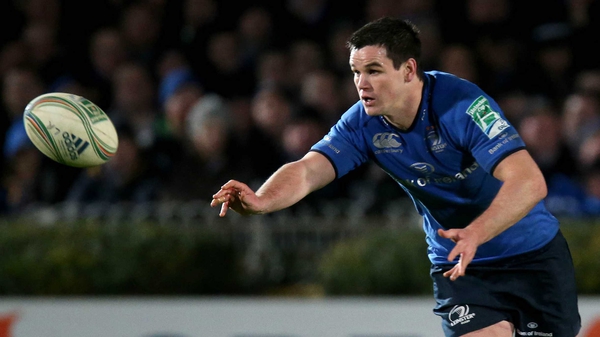