Ireland have expressed concerns with the state of the Hakatanomori Stadium pitch ahead of Saturday's decisive Pool A World Cup clash with Samoa.

Scrum coach Greg Feek revealed governing body World Rugby has given both Ireland and Samoa "assurances" that the pitch at the stadium in Fukuoka remains safe for action.

Large swathes of the Hakatanomori Stadium turf were relaid in the wake of Italy's 48-7 win over Canada, and then again after France dispatched the USA 33-9.

Head coach Joe Schmidt appeared frustrated by the state of the pitch at Ireland's captain's run training session on Friday. 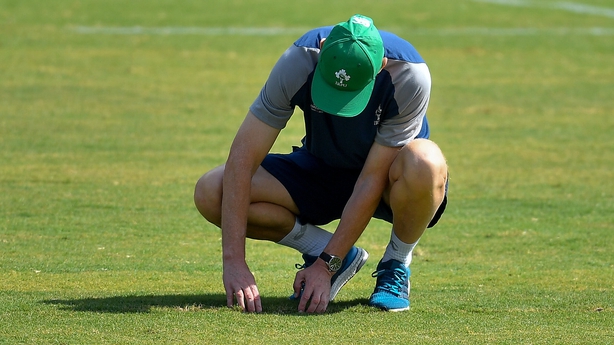 "You guys are pretty smart individuals, and you would have seen the pitch yourselves," said Ireland assistant coach Feek.

"They told us in an email, both teams know about it. We knew they had had to relay the pitch.

So the pitch in Fukuoka looks... interesting.

The Irish players able to bury a ball under the pitch ... which was re-turfed after the last match.#RWCFukuoka pic.twitter.com/M01YbOdNuJ

"So we just went out there, had an inspection and we've been given all the assurances by World Rugby that it's safe to play on and that's all we can ask for.

"Obviously I don't want to predict anything or cause any more controversy at this stage. We just try to back the players, trust that the pitch will do its job. We were trying to alleviate any concerns when we were out there, but then it's just a matter of wait and see. 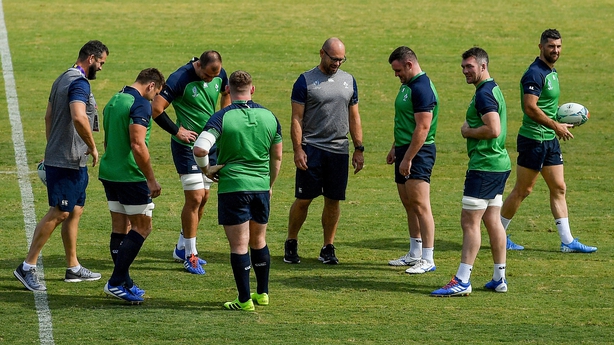 "The referee will be aware of it, and what's key is the communication is there."

Specialist scrum coach Feek admitted the set-piece battle could well be where the below-par pitch is most tested at the weekend.

Asked whether scrummaging could prove the biggest problem, Feek said: "That's always my concern, no matter whether it's training or on the match pitch.

"When it comes to a static isometric position where there's a couple of big packs going at it you're always going to be cautious and ask the questions.

"So we've just got to prepare our guys as best we can but make sure the scrums stay up, not just for safety but also for the match too."

In a statement World Rugby said: "We are confident that the new pitch for Ireland v Samoa in Fukuoka will play its part in what promises to be a superb match.

"With stability and performance the key considerations, World Rugby and JR 2019 took the decision to re-turf the playing surface following significant wear caused by the France versus USA match after heavy rainfall as a consequence of Typhoon 17.

"The primary driver was player welfare. The tournament has dedicated nurseries where back-up turf is meticulously prepared in line with Rugby World Cup standards.

"While the look of the turf may not be perfect, as would be expected with a very recent installation, we confident that the pitch will perform superbly."

Speaking to RTÉ Sport this morning, former Ireland captain Donal Lenihan said: "It's another variable that has been thrown into the mix late on.

"I was worried about that pitch when I saw USA and France on it nine days ago, the ease with which the surface cut up. It was like having a mat underneath you, you couldn't hold your footing.

"Now that has changed and the players are complaining that it's rock-hard. It's not ideal." 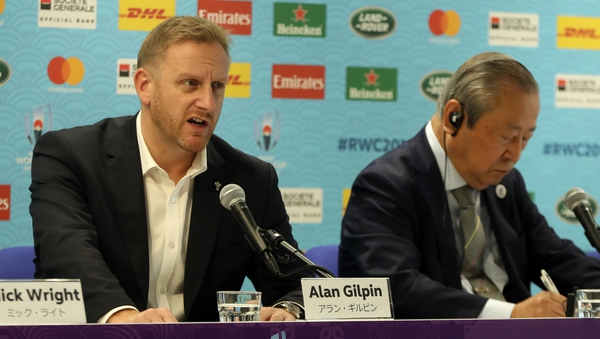