Head coach Schmidt's side must see off Samoa in Fukuoka on Saturday to reach the last eight, with their shock 19-12 loss to Japan turning the final Pool A clash into an unforeseen eliminator.

"The knockouts have started a week earlier than we would have liked, and that's upped the intensity, across training and meetings," said Henderson.

"You can feel that all having built throughout the weeks. All we can hope for now is that it comes to fruition over the weekend." 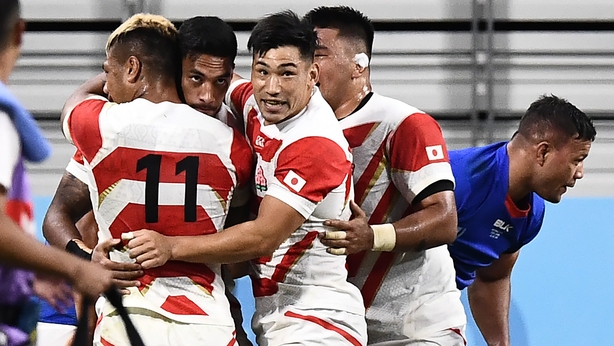 Tournament hosts Japan edged towards a first-ever World Cup quarter-final by sneaking a last-gasp bonus point in their 38-19 win over Samoa.

Lions lock Henderson insisted that Samoa's determination to play out from their own 22 might have cost them that fourth try against Japan - but leaves them a very dangerous proposition this weekend.

"We saw Samoa try to play right at the death and then Japan ended up getting the bonus point," said Henderson.

"That gives you an idea of what Samoa are trying to do: they're looking to play from anywhere at any time and that's something we have to be fully aware of.

"If you look at the way Japan started against us, I think that's a good indication of what Samoa are going to try and do.

"We know, we've reviewed quite a few of their players already and we know in their pack and their whole backline there are threats all over the pitch.

"We have to be very wary of that and not try to do anything out of the ordinary for us."