Japan pulled off one of the biggest shocks in Rugby World Cup history as they stunned Ireland 19-12 in Shizuoka.

The hosts held Ireland scoreless from the 22nd minute to claim the victory, top spot in Pool A and now sit in pole position to win the group and avoid New Zealand in the quarter-finals.

Ireland struggled badly in the sauna-like conditions of the Stadium Ecopa during the second half as the hosts, driven on by wonderful support, finished strongly to put a severe dent in the pool favourites' World Cup hopes.

Joe Schmidt's side shaded the first half, with Jack Carty laying on tries for Garry Ringrose and Rob Kearney. However, Japan never gave up and stayed in touch via the boot of Yu Tamura.

An upset looked on from the early stages of the second half and Kenki Fukuoka's try with 20 minutes to play proved to be the winning score, with Ireland camped on their own line in stoppage time holding on for dear life to come away with a losing bonus point.

It was Japan's first ever win over Ireland in their eighth meeting and follows their 2015 World Cup win over South Africa. Nobody can say the warning signs weren't there. 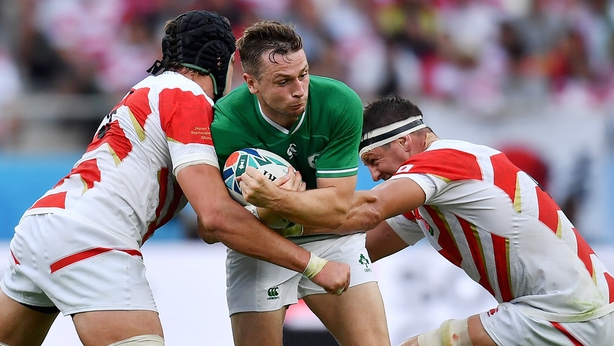 Schmidt had selected the same pack that destroyed Scotland, albeit Jack Conan was due to start before a foot injury paved the way for Peter O'Mahony to come in.

In the backs, Kearney, Keith Earls, Chris Farrell and Carty were brought in for Jordan Larmour, Andrew Conway, Bundee Aki and Johnny Sexton.

In front of a boisterous and noisy home crowd the match burst into action from the very start and quickly became end-to-end stuff, with Ireland offloading and moving the ball quickly across the lines.

The visitors piled on the early pressure but Japan refused to sit back, forcing a turnover and swiftly moving the ball downfield.

Out-half Tamura missed a penalty straight in front of the posts before Carty took hold of proceedings in the 14th minute. 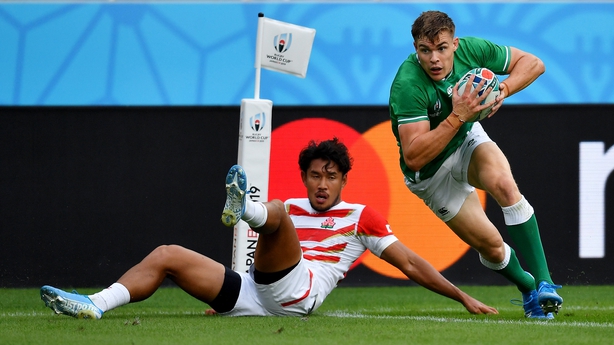 The Connacht out-half, who won his ninth cap, cross-kicked for Ringrose during a penalty advantage and the centre claimed the high ball and touched down in the corner.

Tamura then responded with a penalty when CJ Stander and Peter O’Mahony went offside.

It took 20 minutes for the first scrum to arrive and, again, while playing a penalty advantage, Carty chipped ahead and managed to knock the ball back into Kearney's path and the full-back finished well under pressure.

This time Carty landed the extras.

But Jamie Joseph's side always looked dangerous with ball in hand and Tamura, Timothy Lafaele and Kotaro Matsushima were troubling the Irish defence and only the bounce of a ball saved a certain try and Josh van der Flier tracked back superbly to save the day after a clever kick through by captain Pieter Labuschagne. 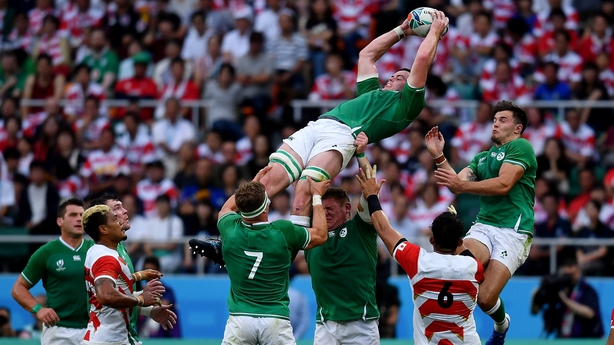 But Conor Murray and Van der Flier were both penalised just before the break, which allowed Tamura to add two penalties and reduce the margin to just three points at the break. Game on.

The humidity was intense at 74% and the pace did not let up after the break; Ireland had made 100 tackles by the 45th minute and Tadhg Furlong went for a HIA and Cian Healy departed.

Earls had spoken about "sucking diesel" during the week and Ireland were clearly struggling in the conditions, lucky that Tamura didn’t level up the game in the 53rd minute with another wayward penalty, and luckier still when Michael Leitch, who replaced Amanaki Mafi in the first half, dropped the ball in contact inside the Irish 22.

But their luck was never going to hold.

Kenki Fukuoka, a late addition to the 23, got on the end of a move and touched down in the corner, with Tamura slotting the conversion. Japan led 16-12 with 20 minutes to play. 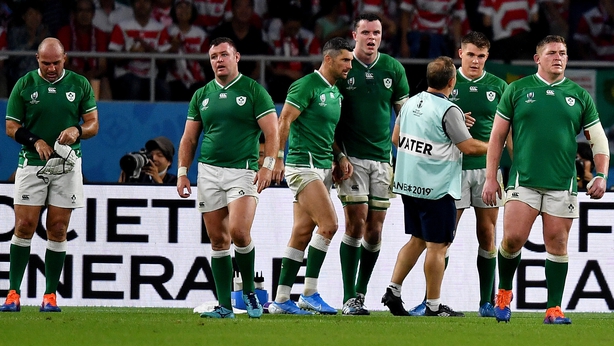 All of a sudden Ireland, four points down, found themselves without Best and O'Mahony and in need of a leader.

Carbery replaced Carty and Ireland worked their way into the Japan 22 but conceded a penalty to a massive cheer from the partisan crowd.

The Brave Blossoms, ranked ninth in the world, smelled blood and Ireland were being stopped on the line by savage Japanese defence.

Ireland lost possession and then Tamura knocked over another penalty.

The 2018 Six Nations winners pushed for a score in the final 10 minutes but were undone by a forward pass and were second best at the breakdown.

The game ended deep in the Ireland half with Carbery booting the ball to touch to secure a bonus point, barely deserved in truth. 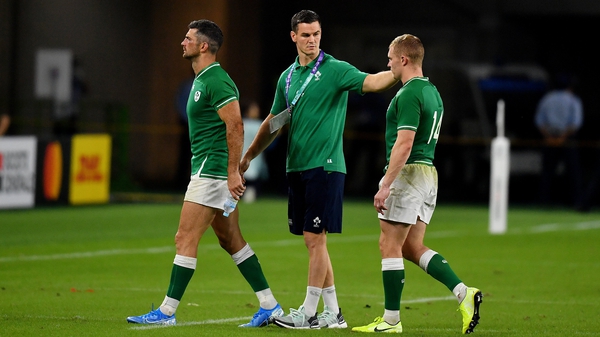