After injury-depleted Ireland powered past South Africa a year ago, captain Paul O'Connell said their deep squad was an "excellent place to be" and the Six Nations champions underlined that again on Sunday when they out-muscled France.

Ireland survived injuries to O'Connell, fly-half Johnny Sexton and flanker Peter O'Mahony to run out 24-9 winners in their Pool D decider as the strength in depth missing in previous Irish World Cup squads came to the fore to set up a quarter-final against Argentina.

"That's 200-plus caps and it does make it a challenge to make sure that the experience and the calm heads are there," Ireland coach Joe Schmidt told a news conference, referring to the loss of the trio of starters.

"Jamie (Heaslip) took over the captaincy obviously and Rory Best and Conor Murray, Rob Kearney stepped up but I also thought the players that came on did a really good job. Ian Madigan, Chris Henry, Iain Henderson were very, very good for us."

With O'Connell's international career and World Cup likely over and playmaker Sexton a major doubt for the next game, understudy fly-half Madigan and Henderson, O'Connell's tailor-made long-term replacement, will need a repeat of Sunday's performance if Ireland are to reach a first semi-final. 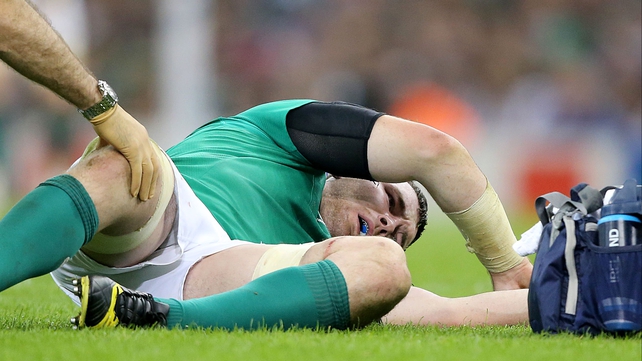 Often mercurial but equally capable of frustrating and shorn of Sexton's outstanding level of game-management, Madigan was outstanding when he came on after 25 minutes, pulling the strings and giving Ireland an attacking edge in the second half.

Schmidt praised the versatile 26-year-old and said Madigan's performance was the result of an incredible work ethic, something stand-in captain Heaslip said was key in a "calm changing room" when the reshaped side adapted to the injuries.

"All the guys who stepped in, all the subs who came on, there is a massive amount of work put in, not just this week but over the last couple of months, the last two years to be ready to take your moment and just fit in," Heaslip said.

"That's what we always say, fit in first and then add value to the game. We knew coming into the game, it was going to be a massive 23-man, 31-man effort during the week in terms of preparation. It was just a great, great squad effort."

With one eye on the World Cup, building a squad capable of handling anything thrown at them was a key aim of Schmidt's when he took charge just over two years ago and the Kiwi places a huge emphasis on the role of the full squad every match week.

The patient squad building -- often a result of losing key men like Sean O'Brien and Cian Healy for long periods over the past two years -- led to intense competition to make the World Cup squad and has continued when it comes to the starting XV.

Winger Andrew Trimble, Ireland's breakout performer in their first of two successive Six Nations triumphs in 2014, missed out on the squad entirely, as did others who played their part in the turnaround under Schmidt like Marty Moore, Gordon D'Arcy  and Fergus McFadden. 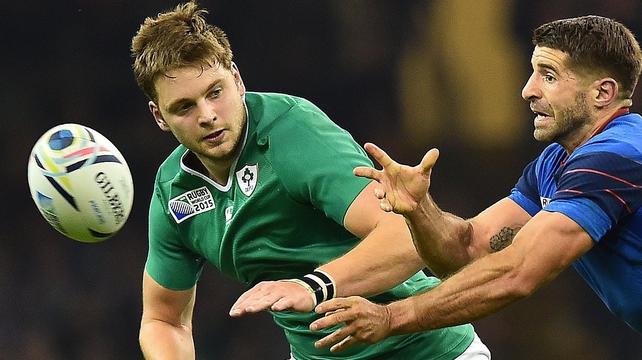 "They (O'Connell, Sexton, O'Mahony) are big guys if we do lose any of those personalities but we've talked for the last two years about building a squad," said Henry, who knows all about adversity having undergone heart surgery after suffering a mini-stroke before that South Africa test last November.

"It's not the way it used to be when we were relying on a handful of players. We can go deeper, and teams that have won the World Cup show that you have to go deeper.

"This is our test now, we're an experienced bunch of guys and now it's all about regrouping for next week. What an opportunity we've given ourselves." 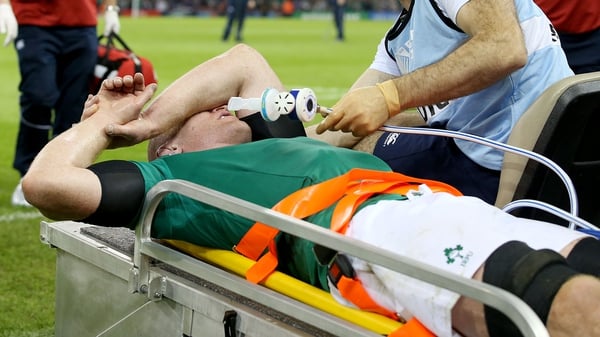