Ireland flanker Peter O’Mahony has been ruled out of the Rugby World Cup with knee ligament damage, the IRFU has confirmed.

He has been replaced by Leinster's Rhys Ruddock, who will join up with the squad in Cardiff later today.

Captain Paul O'Connell spent Sunday night in hospital with a "significant hamstring injury", but will undergo scans today before the end of his tournament is officially confirmed.

Team manager Mick Kearney revealed the huge double blow as Ireland continued to count the cost of Sunday's fine 24-9 victory over France that secured a quarter-final against Argentina.

The Union said on Twitter that an update would be provided later in the day.

"Paul O'Connell appears to have suffered a significant hamstring injury and was hospitalised overnight, he's having scans later today to clarify the extent of the injury," said Mick Kearney.

"Peter O'Mahony has suffered a knee ligament injury and is returning to Dublin today for specialist opinion and will take no further part in the tournament.

"After an incredibly physical encounter a host of players are reporting bumps and soreness and will have to be managed, but nothing more serious than that.

"As soon as we have more clarity on the injury front we will be in a position to make decisions on replacement players.

"At the moment definitively only Peter O'Mahony has been ruled out. Paul was in hospital overnight and he was obviously very sore.

"In relation to Jared Payne's replacement that's similar too. I'd be pretty sure that a decision would be made later today.

"The coaches did meet this morning and discuss a number of different options." 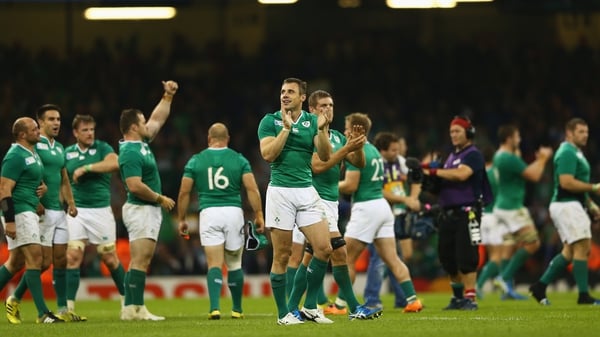