Robbie Henshaw has been ruled out of Ireland’s opening Rugby World Cup match with Canada on Saturday at the Millennium Stadium in Cardiff (kick-off 2.30pm).

Henshaw picked up a hamstring injury in training earlier this week so Luke Fitzgerald comes in for the Connacht star at inside-centre.

The Leinster man will make his World Cup debut, having missed the final cut in both 2007 and 2011.

Conor Murray and Rob Kearney are passed fit to play as coach Joe Schmidt names a very strong team to face the minnows.

Donnacha Ryan has been given the nod on the bench ahead of Devin Toner, given his ability to cover blind-side flanker as well as second row.

Munster lock Ryan's presence among the replacements also affords Schmidt the luxury of naming out and out open-side Chris Henry on the bench.

Keith Earls is preferred on the wing to Munster team-mate Simon Zebo, who is named on the bench, while Tommy Bowe has missed out on a place in the matchday the squad.

Cian Healy, who was only declared fit for the tournament this week after recovering from a neck injury, is among the replacements as Jack McGrath starts at loose-head prop.

Follow Ireland v Canada with a live blog by Brendan Cole and Tadhg Peavoy or listen to commentary on RTÉ Radio 1 with Michael Corcoran and Tony Ward. 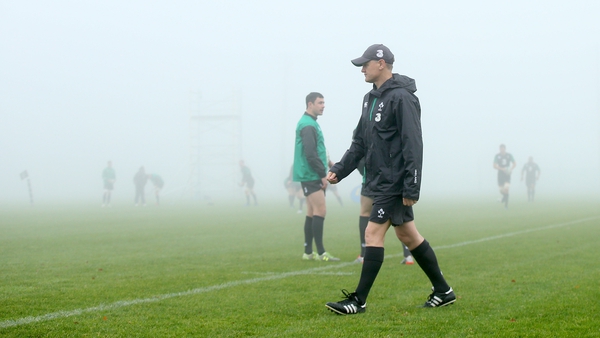