Paul and Gary O'Donovan won their first race together since the Olympic Games after a battle at the Irish Open regatta at the National Rowing Centre.

Shane O'Driscoll and Mark O'Donovan led the doubles race to halfway, but the Olympic silver medallists came back to win by six seconds, in waht was a 1-2-3 for Skibbereen Rowing club.

Yesterday Paul finished almost three seconds ahead of his older brother in second place with a time of 7:33.694 to win the single sculls A Final. 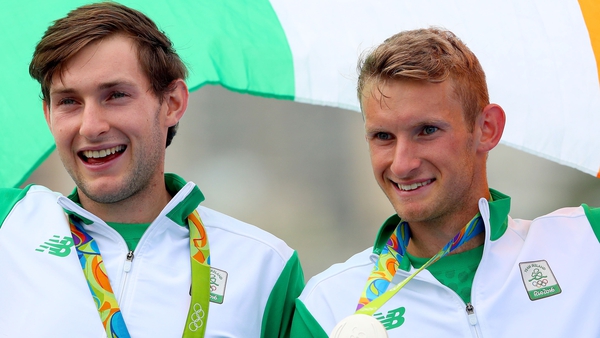