Sanita Puspure, Paul O'Donovan and women's double sculls pair Helen Walshe and Monika Dukarska are all through to their respective semi-finals at the World Rowing Championships in Amsterdam.

Day four of the championships in Amsterdam commenced for the Irish with O’Donovan competing in the quarter-finals of the men’s lightweight sculls.

With an upset in the previous heat caused by the hotly tipped Under-23 world medallist Andrew Campbell overturning, it had left this field very open.

O’Donovan was in fifth place until the 1,000-metre mark, where he stormed through to catch Russian Alexandr Tufanyuk, who had led off the blocks.

At 500m, O’Donovan caught Dane Steffen Jensen and rowed through to finish in 7:14.76, just 1.11 seconds behind heat winner Lars Hartig of Germany.

The UCD-based sculler now goes through to the semi-final tomorrow at 12.31pm Irish time.

The women’s double scull pair of Helen Walshe and Monika Dukarska had a cracking race in their repechage.

They trailed in third place the whole way until the last 200m where their determination finally paid off and they overtook the Romanians in second.

In the women’s four the Irish crew of Marie O'Neill, Emily Tormey, Aifric Keogh and Barbara O'Brien came sixth and are through to the B final on Friday (1.13 Irish time).

In the final race of the day, 2012 Olympian Sanita Puspure competed in the women's sculls.

Puspure stormed into the lead from the start and kept it all the way until the last 250m, where she was just pipped by Russian Juliana Levina. 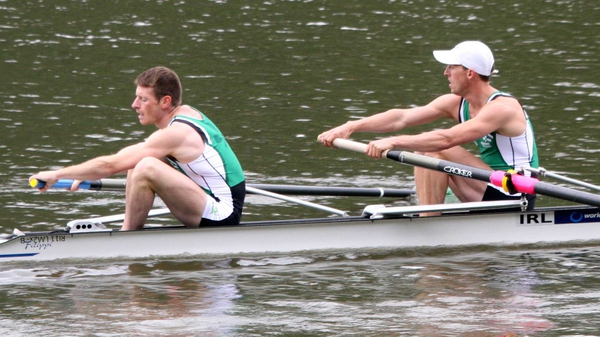 Irish rowers through to World semi-finals