The new facility will provide a world class rowing centre for the full spectrum of Irish rowing.

It will host national and international competitions, and will serve as a centre of excellence for the Irish rowing’s high performance programme from the junior ranks right through to the senior stars.

The magnificent centre has been fully funded by the Government under the Sports Capital Programme, with over €5.4million allocated to the project since work began in 2000.

The first event on the calendar for the newly opened NRC will be Cork Regatta in July, while it will host the first of its international visitors when it stages the Home Internationals with athletes from England, Scotland, and Wales. In 2008 the European Junior Championships; the ‘Coupe de La Jeunesse’ will be staged at the centre.

The Irish coach has named his team for the first two regattas of the upcoming three leg World Cup series.

Ireland will send six boats to the first and second World Cup regattas, which take place in Austria and the Netherlands respectively, in June.

The lightweight four that claimed bronze at last year’s World Championships sees one change with Richard Coakley, younger brother of Eugene, coming in to replace Gearoid Towey, who is not competing this season. 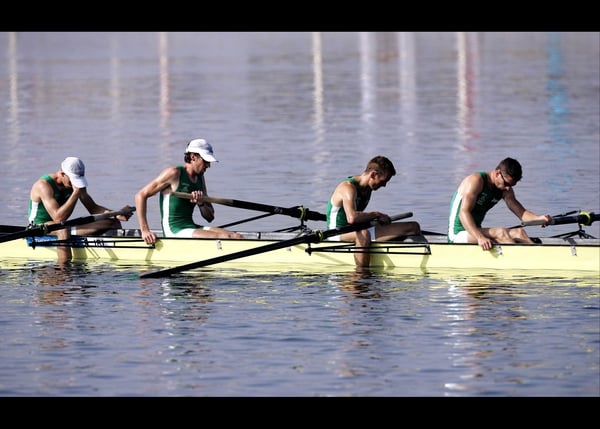