China won gold in 5.49.43, with France a second and a half down, snatching silver from the Irish four on the line by a mere nine hundredths of a second.

Afterwards a delighted Gearoid Towey said: 'That was a really tough race; we went for it though right from the start; we needed to, to be in with a chance. We're delighted to win the medal; it's a brilliant way to top off an amazing season for us.'

Irish stroke man Paul Griffin added: 'Two World Championships, two medals; that's not easily done. It's a record we're very proud of and we're right on track for Beijing which is the most important thing, that's what it's all about.'

In an epic battle the eventual medallists drew clear from the remainder of the field upon reaching the 500metre mark, and at that point the Irish four were leading by just 0.3 of a second.

All three crews couldn't be separated at 750metres but at the halfway point the Chinese four pushed on and stole the lead.

Entering the enclosure the deafening roars from the huge travelling support inspired the Irish crew to up their rate in an attempt to catch the Chinese, but as the line approached defending World champions France came charging through the middle to snatch silver.

Ireland's Eugene Coakley spoke of the four's appreciation of the support. He said: 'I've never heard a crowd like it, we couldn't believe it, we still can't. We've never had that before, it really helped us in fact. It meant so much to do it in front of them.'

An additional benefit of this superb success for the four is a 25% medal bonus of €7,500 each under the Irish Sports Council's International Carding Scheme. 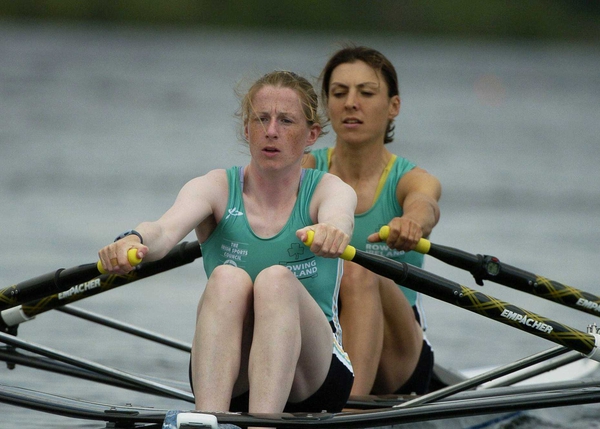