Ruby Walsh believes that his father Ted's reputation has been damaged by being one of the trainers with horses present at the premises raided by Department of Agriculture officials in Kildare on Tuesday.

Animal remedies that are banned for use in racehorses were seized following a raid on a farm near Monasterevin.

The raid – led by Department of Agriculture, Food and the Marine officials acting on their own investigations and information received – was supported by Gardaí as well as Irish Horseracing Regulatory Board authorised officers, including head of anti-doping Lynn Hillyer.

Game On presenter Walsh said that he is confident that testing of his father’s three-year-old horse by the Irish Horseracing Regulatory Board's head of anti-doping will not reveal anything suspicious, but that minds will already be made up regardless of the results.

"Of course it’s damaging reputation-wise for racing and for everybody that has been named in the piece," Walsh said on the programme.

"Dad was there, he has explained exactly why he was there for laser treatment on a horse’s tendon.

"To me, it’s like anything, there was a scene of a crime, to me he was an eye witness. Some people will think he was complicit and you'll never change their opinion.

"Unfortunately that’s what happen when you are there. I do believe he was an eye witness."

Ted Walsh has denied any wrong-doing, instead saying that he was in "the wrong place, at the wrong time" when he drove into the stud farm.

Ruby Walsh said that no matter the circumstances, it will be used as another stick to beat horse racing with.

"Of course you feel disappointed about it," he said.

"It's not great, I would much prefer to be here talking to you to Sharjah and Nube Negra and West Cork all winning at the weekend, but unfortunately bad news carries far more weight than good news and that’s just the way the world is." 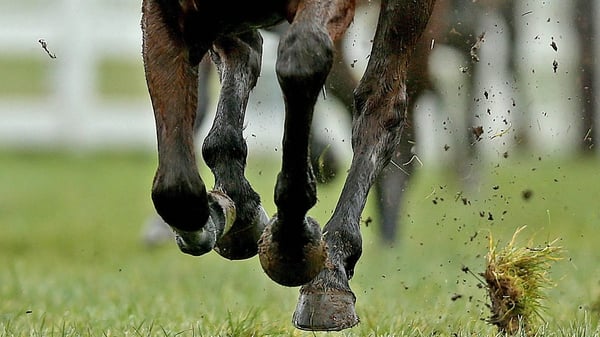