Gordon Elliott will not be permitted to have runners in Britain until the conclusion of an Irish Horseracing Regulatory Board investigation into an image on social media that showed the Grand National-winning trainer sitting on a dead horse on his gallops.

The news will come as a blow to the trainer, who was supposed to have a number of favourites running at the Cheltenham Festival in just two weeks time.

Racing authorities in Britain and Ireland have condemned the image, which Elliott confirmed in a statement on Sunday evening was genuine, apologising "profoundly for any offence that this photo has caused", while seeking to explain what he said was the context of events that led to the photograph.

The IHRB has already launched a full investigation - and while Elliott is licensed in Ireland, the British Horseracing Authority said it was "appalled" by the image and was "considering its own regulatory options", but has now acted.

However, the Authority did add that it will allow the trainer's horses to run in Britain if transferred to another trainer.

A statement on Monday evening said: "The British Horseracing Authority will not allow the Irish trainer Gordon Elliott to race horses in Britain whilst the Irish authorities investigate an image that appeared on social media over the weekend."

However, the Authority did add that it will allow the trainer's horses to run if transferred to another trainer.

"The trainer admitted the photo was genuine and apologised for his actions.

"The BHA, which regulates racing in Britain, will use powers under its own rules to refuse to allow horses trained by Mr Elliott to race in Britain pending consideration of the outcome of the Irish investigation.

"The action taken by the BHA recognises that Mr Elliott is licensed in Ireland, whose regulatory body, the IHRB, is carrying out its own investigation.

"However, Mr Elliott has entered horses to race in Britain, from which point the British rules of racing apply to him.

"The decision to refuse to allow horses trained by Mr Elliott to run in Britain is therefore an interim decision which the BHA regards as proportionate in these circumstances."

HRI's statement follows on from one of Elliott's sponsors, Betfair, ending its relationship with the trainer, while one of his most influential clients, Cheveley Park Stud, said it was "horrified" and "dismayed" by the image.

Michael O'Leary's Gigginstown operation expressed their support for Elliott after "a grievous but momentary lapse of judgement".

In its statement, HRI said it "unreservedly condemns the disturbing photograph that appeared on social media at the weekend".

"This image does not reflect the care, attention and respect that race horses receive, and does a disservice to the thousands of people who look after their horses on a daily basis. Horse Racing Ireland notes and supports the IHRB investigation into the circumstances around the photograph."

Elliott is a three-time Grand National winner, having sent out Silver Birch to claim the Aintree prize before Tiger Roll became the first back-to-back winner of the race since Red Rum when lifting the world-famous event in 2018 and 2019.

The 42-year-old also counts 2016 Cheltenham Gold Cup hero Don Cossack among the best horses he has trained, with 32 Cheltenham Festival wins to his name so far.

Elliott houses a number of favourites for this year's Festival, including Envoi Allen and Zanahiyr, while Tiger Roll himself is also due to run in the Glenfarclas Chase over Cheltenham's cross-country course.

Sire Du Berlais is prominent in the betting for the Stayers' Hurdle at the Festival. Frank Berry, racing manager for his owner JP McManus, declined to comment on the situation when contacted on Monday morning

Cheveley Park, owners of Envoi Allen and other top performers in Elliott's string, released a statement on Monday morning, in which it said it was "horrified" and "dismayed" by the image. 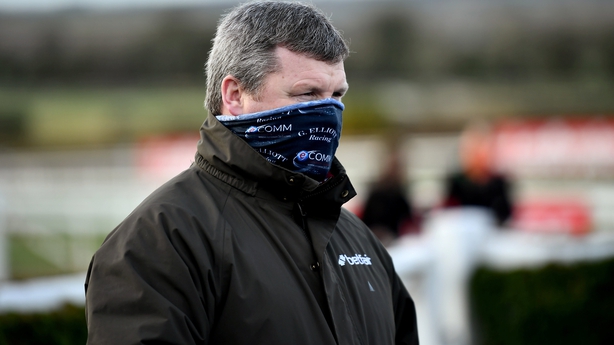 Former jockey Mick Fitzgerald has said the photo has brought great sadness as he tried to stress that horses are cared for in racing.

Speaking on Sky Sports Racing, an upset Fitzgerald said: "My initial reaction to it was: 'I hope it's a fake'. I thought it has to be a fake.

"We're not in control of all the facts but from what we can see, and when I read that statement [from Elliott], I can't help but feel anything else but feel so sad.

"The number one thing that we have to get out to everybody is how much we care about these horses. It's so important that anyone who has any interest at all in our sport that at the heart of this [the racing industry] are people who love these animals. 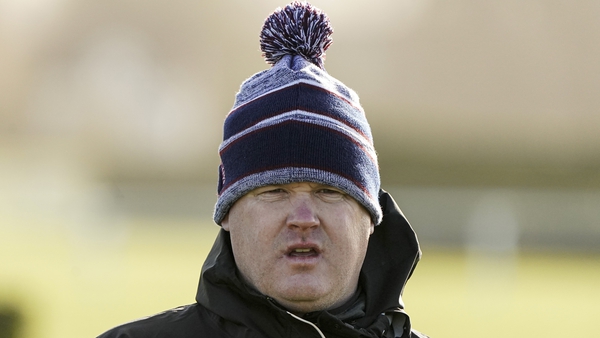