Jack Kennedy says Samcro, favourite for the Ballymore Novice Hurdle at Cheltenham in March and yet to run at a higher level than Grade Three, is the best he has ridden.

Speaking to RTE.ie at Naas’ launch of its Lawlor's of Naas Grade One Novice Hurdle, the Dingle teenager - who partnered Labaik to victory in the Supreme Novice Hurdle in March and who has tasted other Grade One success with Outlander and Apple’s Jade - lit up when asked about the Gordon Elliott-trained Samcro.

He said: "He’s the best I’ve ridden. Whatever he does over hurdles, he looks to be better again chasing.

"There is something different about Samcro. He relaxes so well, he travels - without doing too much. When you want him he is there for you. I can’t tell you what ground he’d prefer, and a trip doesn’t matter. He is a big horse, with a big long stride.

"He’s very natural jumping a hurdle. At the moment I’d say two and a half miles is his best trip. You know as soon as you throw your leg across him he’s a little bit different."

Samcro is a likely runner in Naas’ big one in January, while he was also a surprise entry in the the Navan Novice Hurdle on Sunday, though Elliott has said it is far more likely Cracking Smart will run there.

Kennedy believes that Cracking Smart – a leading fancy for the Albert Bartlett – still has a bit of growing to do. "He won very well at Cork; I’d say when he strengthens up and is jumping a fence, he’ll be better.

"He is a big frame to fill out yet; mentally he is still a baby. He is very big and when he is good hurdling he is good but he can throw in a sloppy one. He is a lovely horse."

Kennedy, who also gave favourable mention to Elliott’s dual bumper winner Rapid Escape, is set to ride three well-touted novices at Cheltenham in Samcro, Mengli Khan and Cracking Smart. The jockey also imparted a caveat about Mengli Khan, who is favourite for the race won last year by Labaik.

"Maybe going left-handed with him (might be a worry): he may be better going right."

He is expected to return in the New Year. 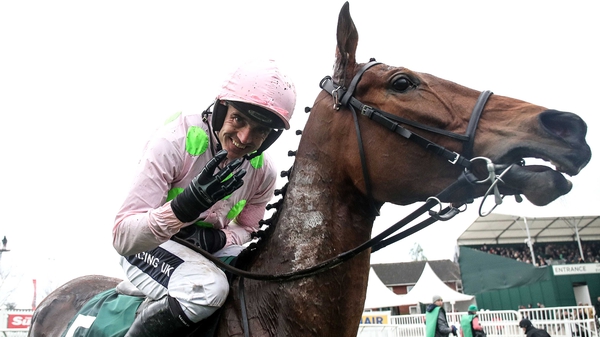 Ruby on the mend and has Cheltenham in his sights