History making trainer Joseph O’Brien admitted that not in his wildest dreams did he imagine he would see his horse win the 2017 Melbourne Cup.

Aged just 24, O’Brien becomes the youngest ever trainer to win the Melbourne Cup, in a training career that began 18 months ago.

As the pace turned up a notch approaching the home turn, Marmelo threw down his challenge, but Johannes Vermeer appeared to be travelling well on his heels and he kicked on with around a furlong-and-a half to run.

Max Dynamite tried to go with him on the inside but jockey Corey Brown was really just getting to work on Rekindling and the colt found an extra gear on the outside to get up on the line.

Speaking to RTÉ Radio 1’s Morning Ireland programme, the young trainer admitted he was finding it hard to articulate his emotions after claiming the Group One prize. 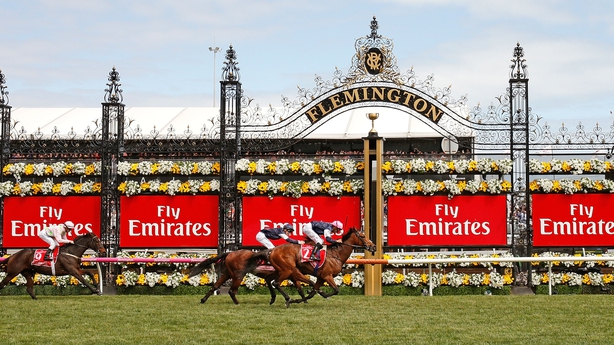 "It’s unbelievable. The horse took the journey down very well. He’s had a great year and I hoped he could run well, but never dreamt he could win it," he said.

"It’s one of the biggest races in the world. To have a horse come down, enjoy the occasion, the build-up to the race, to be taking part in it, it’s unbelievable.

"To actually win it, I can’t really put it into words."

While the victory has taken him by surprise, it has come off the back of a steady season.

"For three horses on the other side of the world to come down and take the first three spots, it’s an unbelievable achievement" - Aidan O'Brien

"He’s been running consistently well. Mick Williams [owner] called me six or eight weeks ago and said, ‘Listen, I think this horse can win the Melbourne Cup’ and we should bring him down, it was from there that we planned to bring him down.

"Everyone who is training a horse in Australia, there is only one race they want to win.

"For three horses on the other side of the world to come down and take the first three spots, it’s an unbelievable achievement."

It was a family affair at the finishing post as Johannes Vermeer was edged into second, meaning that Aidan O’Brien’s wait for a Melbourne Cup continues.

The experienced trainer has enjoyed another successful seasons and recently broke the world record for Group One wins in a calendar year, surpassing Bobby Frankel’s long-standing record.

Joseph says his father was in high spirits after the race despite coming so close to victory.

"He was delighted that his horses ran so well. I would have been as delighted for him if he had beaten me," he said.

"We’re both over the moon." 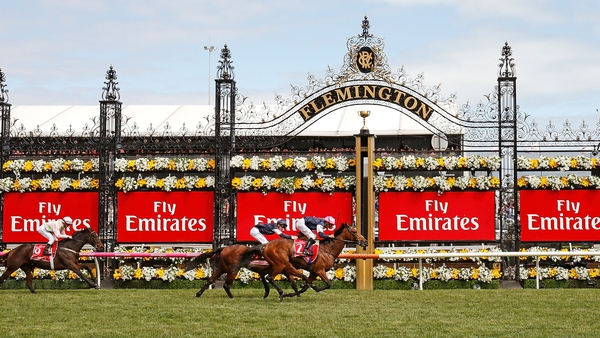