Aidan O’Brien has broken the world record for Group One wins in a calendar year after claiming number 26 with Saxon Warrior at Doncaster.

It was claimed in dramatic style as Saxon Warrior snatched victory from the jaws of defeat in the Racing Post Trophy.

Having gone to the front two furlongs out, the colt was headed by the John Gosden-trained Roaring Lion inside the last, but Saxon Warrior under Ryan Moore showed that he was only looking for company, as he battled back strongly to get up close home for what seemed an unlikely victory.

"I'm delighted and delighted for everybody," O'Brien told ITV. "There's a lot of hard work put in by a lot of people in Ballydoyle and Coolmore.

"It's unbelievable really. There are so many people who put in so much hard work day in, day out. If I start mentioning people, I'd forget somebody. They know who they are.

"It's a privilege to be working with such special people. We're in a very lucky position and we're a small link in a big chain."

Of Saxon Warrior, the trainer added: "He travelled very strong and Ryan gave him a brilliant ride.

"When John's horse went by him you thought he was beaten, but he found plenty and we're delighted." 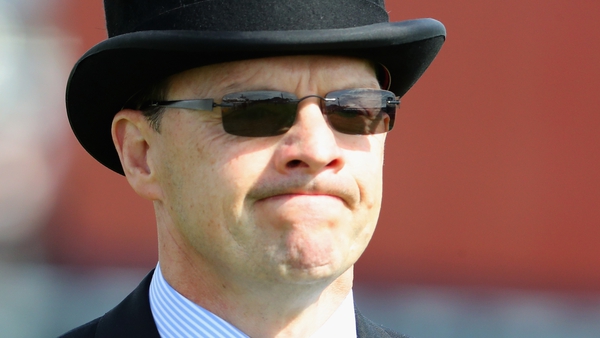 Aidan O'Brien closes in on Group One world record