Aidan O'Brien has nominated Saxon Warrior and The Pentagon as his likely runners in the Racing Post Trophy at Doncaster on Saturday, when he could attempt to break the late Bobby Frankel's record for number of Group One wins in a year.

The Ballydoyle handler drew level on 25 at Ascot on Saturday, as Hydrangea won the Champion Fillies & Mares Stakes.

"We are thinking about running The Pentagon and Saxon Warrior in the Racing Post Trophy," said O'Brien, whose colts both feature prominently in the ante-post markets on the Investec Derby.

"In France next Sunday we could run Threeandfourpence over seven furlongs (Criterium International), and over a mile and a quarter (Criterium de Saint-Cloud) maybe Nelson, Kew Gardens and Delano Roosevelt.

"Plans are all very fluid and we will decide during the week."

He added of his Australian running arrangements: "Lloyd (Williams, owner) is thinking of running Johannes Vermeer in the Melbourne Cup. I don't think he'll be going for the Cox Plate (on Saturday) and if he runs again there it will be the Melbourne Cup. 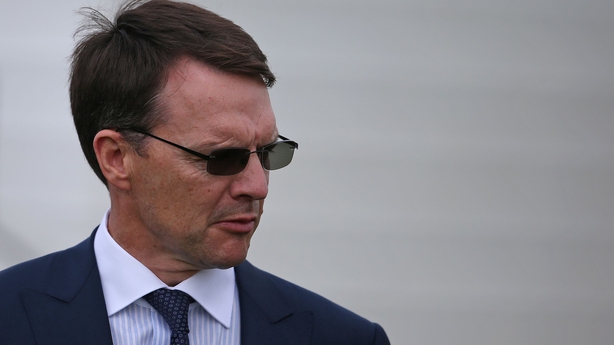 "Taj Mahal is in the Cox Plate and it will be decided early this week whether he will run."

O'Brien also confirmed Long Distance Cup winner Order Of St George would stay in training, while Ryan Moore has advised Hydrangea stays on as a four-year-old given her versatility.

"She's an amazing filly, she beat Winter in a Guineas trial over seven furlongs and to do that yesterday over a mile and a half was something else," said O'Brien.

"I think the lads will think about it (staying in training), I was speaking to Ryan about it and he said we should keep her in training because she could run in anything from a mile to a mile and a half, hopefully we'll keep her.

"Order Of St George will hopefully stay in training next year. Some days it can take him a little while to get going and that's what we saw a few times that he got beat. It looked like he might only finish third over a furlong out, but then he took off."