Whiskey Sour claimed a second victory at this year's Galway Festival with a clear-cut triumph in the valuable Guinness Handicap.

Willie Mullins' inmate did the business in a two-mile-one-furlong Connacht Hotel Handicap four days ago and repeated the dose in the hands of Declan McDonogh.

Sent off the 7-4 favourite in the feature race over a mile and a half, Whiskey Sour was patiently ridden by McDonogh as Mawaany went about his business at the top of the home straight.

Mawaany fought bravely, but Whiskey Sour was produced with a powerful drive on the grey's outside and won going away by three-quarters of a length.

Le Vagabond stayed on for third place, another six lengths in arrears.

Mullins said: "He was a bit keen early, but Declan was drawn on the outside and there was a strip of ground he wanted to go on.

"He loves Galway and I think his novice hurdling career is probably on hold for now.

"The English Cesarewitch is a race I'd like to think about towards the end of the season."

McDonogh added: "He was a bit gassy the first two or three furlongs - he just got going a little bit from a wide draw.

"I knew I had a bit of work to do, but he picked up really good.

"I could have done with a stronger pace, but it was a great performance from Willie to turn him around so quickly."

Henry de Bromhead's eight-year-old, owned by JP McManus, gamely fended off Phil's Magic by three-quarters of a length in the hands of Barry Geraghty.

Net D'Ecosse finished third, while The Gatechecker was fourth.

De Bromhead was winning the race for a second consecutive year after having last season struck with On Fiddlers Green, who was never a factor on this occasion.

He said: "He had that soft-ground form, which was great, and it was a super ride from Barry.

"He was brilliant, but we'll enjoy this and see what's next.

"I suppose we can look at a Munster National or a Kerry National. I don't know whether he's rated high enough for that but we'll see.

"On Fiddlers Green disappointed but I think he just hated the ground."

Brendan Duke has high hopes for Warm The Voice after the 2-1 favourite won the seven-furlong maiden by two and three-quarters of a length from Shifted Strategy.

"Ground would have been a real problem for him but he's just very good.

"I'd be inclined to go steady away until next year but he is a stakes horse."

Mullins was on the mark for the eighth time at the 2017 Festival when Renneti (11-4 joint-favourite) took control of the Budweiser Races over a mile and three-quarters.

Conor O'Dwyer landed a first Galway winner as a trainer when Flaming Sea delivered in the mile-and-a-half fillies' maiden by half a length from Flaming Sea.

"I don't know whether they (her owners) want to go breeding with her or to get a bit of black type, but that win was important." 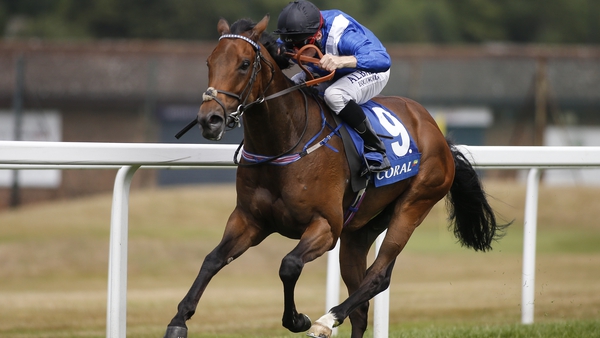