Andrea Atzeni grabbed the headlines with an incredible 8,344-1 four-timer aboard Expert Eye, Breton Rock, Stradivarius and Shenanigans on the opening day of Glorious Goodwood.

In a battle of the generations, as well as two Royal Ascot winners, the Queen's Vase scorer beat the Gold Cup hero in a memorable running of the two-mile feature, which was newly-promoted to Group One status this year.

Stradivarius got the better of the front-running Big Orange by a length and three-quarters to become the first three-year-old winner since Lucky Moon in 1990.

Gosden said: "He's not the biggest and he got knocked around a bit, but Andrea has been cool today.

"He loves fast ground so it was good he handled this slower ground, but he's got a big heart, which is important."

Atzeni said: "It's a great day. I thought I had a chance coming here, but knew Big Orange was the one to beat."

Expert Eye (7-4 favourite) looked rather special in the Qatar Vintage Stakes, as the Michael Stoute-trained juvenile spreadeagled the opposition to win by four and a half lengths from Zaman.

Victorious at Newbury on his debut and Stoute's only two-year-old winner of the season to date, the Acclamation colt was immediately promoted to the head of the betting for next season's 2000 Guineas.

"I was very taken with him first time out as well and he's an exciting horse, but I don't know where he'll go next," said Stoute.

"He's a very mature, strong colt and he'll certainly get a mile. I was hoping to win and he did it easy, he's an interesting horse.

"It's too early to talk about the Guineas, it's only the beginning of August in his two-year-old season.

"We'll go step-by-step and I won't be putting him up to a mile yet. We'll get home and think about it and see how he is, but I'd prefer not to carry a penalty.

"I am excited - he's brimful of promise, put it that way."

Atzeni said: "I don't think I've sat on many two-year-olds like this."

The in-form rider brought Breton Rock from last to first to produce a 50-1 upset in the Qatar Lennox Stakes.

It had been thought there had not been enough rain for the mud-lover, but he got a dream run on the outside to score by half a length from the always-prominent Home Of The Brave.

Trainer David Simcock said: "That was special, the owner (John Cook) has been with me from day one so to win a race like this means everything.

"He's given us a lot of satisfaction and every year he wins us a nice race."

Atzeni said: "I didn't expect this at all. I dropped him out last to pick up the pieces, but he picked them all up."

After scooping the three big prizes, Atzeni also had the last laugh when scoring on the Roger Varian-trained Shenanigans (15-2) in the Smarter Bets With Matchbook Betting Exchange Fillies' Handicap.

He said: "After what happened in the first (unlucky fourth on UAE Prince) it's nice to get a winner for Roger.

"I've got some nice rides during the week, so many that I can't think of off the top of my head."

Bell's day had started in better fashion when the Queen's Fabricate (20-1) was awarded the Matchbook Betting Exchange Handicap in the stewards' room.

Ed Dunlop's Dark Red was first past the post, but was demoted for causing interference and his rider Oisin Murphy was hit with an eight-day suspension.

Bell said: "Adam was pretty confident he'd get it. It was a hefty bump and I'm glad the stewards agreed with him." 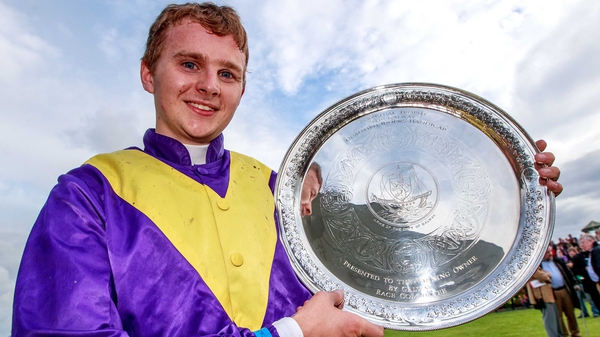