Willie Mullins is not ruling out the possibility of Annie Power gracing the racecourse again before she is retired.

The nine-year-old became the first mare in 22 years to claim the Champion Hurdle at Cheltenham in March 2016, but has not been seen in competitive action since following up in the Aintree Hurdle the following month.

Last month connections confirmed the great mare was in foal to Camelot, who won the 2000 Guineas and completed the English-Irish Derby double for Aidan O'Brien in 2012.

After sidestepping several engagements at the Punchestown Festival, it seemed her racing career was over, but Mullins revealed that has not yet been confirmed.

"If she sparked, she might go to France. Maybe she might have a run or two on the Flat, we'll see.

"I haven't discussed that with my owner yet."

Another Mullins-trained Champion Hurdle winner who has spent a long time on the sidelines is Faugheen.

He won the Cheltenham crown in 2015 but has been out of action since producing a scintillating performance in the Irish Champion Hurdle at Leopardstown in January of last year.

Faugheen has been in training for much of this season and Mullins is keen to keep him active instead of giving him a long break.

"I don't know whether I'm going to put him out to a summer's grass, I haven't discussed it yet, but he's as big as a float at home," Mullins told At The Races.

"He's hacking away and I think if I put him out for a summer's grass, he's going to come in like a Clydesdale or something like that.

"I'm wondering if we should just keep him going all season, canter away and maybe just give him a mini-break. He doesn't need a break at this minute to look at him." 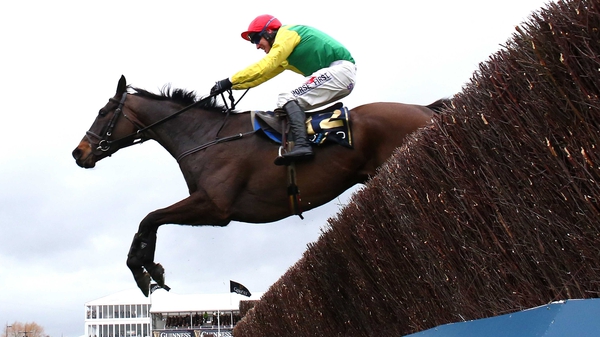