Sizing John is to be aimed at the £1million bonus for winning the Betfair Chase at Haydock, the King George VI Chase at Kempton and the Cheltenham Gold Cup.

Jessica Harrington's seven-year-old claimed the Cheltenham feature in March and followed up at the Punchestown Festival after a thrilling battle with Djakadam and Coneygree.

Having spent much of his career racing Douvan over two miles, he had stepped up in trip earlier this year to take first the 2m4f Kinloch Brae and then the Irish Gold Cup at Leopardstown en route to Cheltenham success.

Harrington told At The Races: "I think Alan (Potts, owner) wants to try and win the £1million bonus in England

"So it's the Haydock race and then the King George before the Gold Cup." 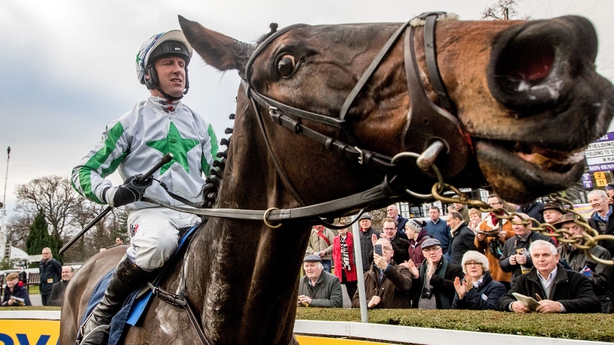 Harrington is also responsible for Irish Grand National winner Our Duke, who will be kept closer to home before a possible clash with his star stablemate in the Cheltenham Gold Cup next March.

The Co Kildare handler said: "Our Duke will definitely stay this side of the water.

"The ground doesn't matter now as he went on good ground at Fairyhouse.

"If the ground was safe at Down Royal (JNwine.com Champion Chase) he'd go there, then Christmas (Lexus) and then the Irish Gold Cup."